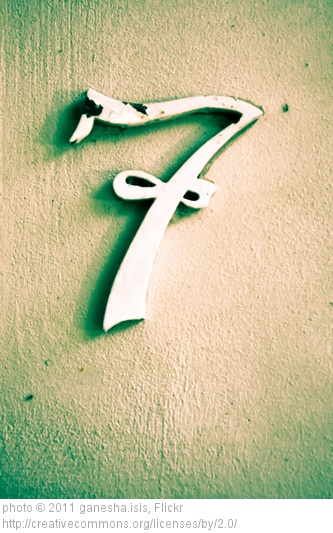 As a Protestant, I don’t normally pay too much attention to what the Pope is up to. If I see a news story about him, I might click over and see what’s going on, but for the most part we travel in different circles. You know.

But I have to confess, Pope Francis is one guy who has my attention. Here are seven things I like about him:

1) He has decided not to move into the papal apartments in the Apostolic Palace, but to live in a suite in the Vatican guesthouse.

How refreshing to see a Christian leader who doesn’t use his position to build a personal empire of wealth (or a $1.7 million mansion). A leader who doesn’t have a designated parking space outside the church. How often do Christian leaders more closely resemble Charlie Brown’s little sister? You know, the one who says, “All I want is what I have coming to me. All I want is my fair share.”

Instead of taking all that he has coming to him, he lives in simpler quarters (I’m sure they’re still beautiful) among the people he works with. That’s refreshing. I like it.

2) Did you see the photo of the pope kissing the head of the disfigured man? What a powerful image, a challenging reminder that Christians are called to serve the weak and the poor, the broken and the neglected.

3) He seems very relaxed about his own importance.

When a little boy joined the Pope on stage while he was addressing thousands and thousands of people, and the Pope simply smiled, and patted the boy on the head, and let him sit in his big white chair while he continued speaking, well, it made me smile.

What does the pope carry on to the plane with him when he travels? A razor, a prayer book, a diary and a book about St. Theresa. He carries his own bags because, “It’s normal, we have to be normal. We have to be accustomed to being normal.”

5) Sarah Palin is worried about him. Even those of you who aren’t fans of the Pope must admit that this means he must not be all bad.

6) He wants “pastoral” bishops, not ones motivated by ideology. I like the idea of encouraging leaders to become more in tune with the problems and tensions faced by their congregants. Too many pastors have become preachers, standing up once a week and delivering a message, yet having no real feel for what is going on in their church or in the lives of those they have been called to serve.

7) Finally, I find the general sense of humility that surrounds this new Pope endearing. In the words of Neal Wooten,

I think it is that character trait that endears me to Pope Francis the most: humility. That’s why we never see him in the million-dollar pope-mobile, but his car of choice is a donated 1984 Renault with 190,000 miles on it, or at times a Ford Focus, and at least once a little Fiat. He’s even expressed his concerns with priests owning new cars.

“It hurts me when I see a priest or a nun with the latest model car, you can’t do this. A car is necessary to do a lot of work, but please, choose a more humble one. If you like the fancy one, just think about how many children are dying of hunger in the world.” – Pope Francis

Do you have any thoughts about Pope Francis?