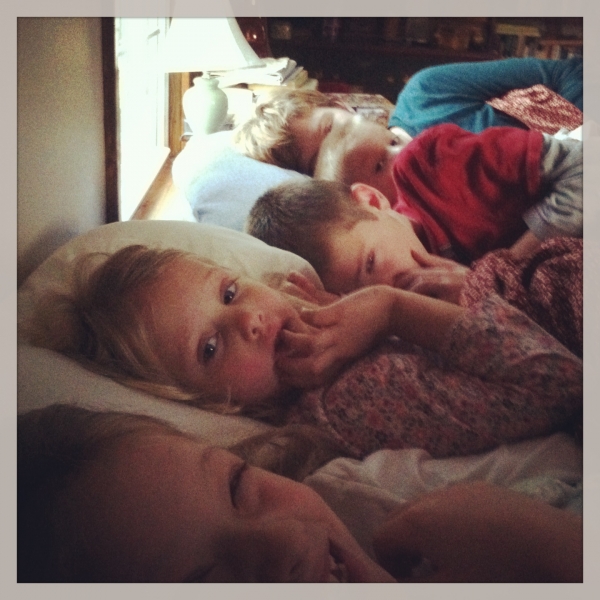 After a few hours of waiting, I sent my wife a text message.

The phone rang moments later. I picked it up. I felt like I was in a movie because suddenly, surprisingly, the words wouldn’t come out of my mouth. Eventually, I asked, “So what happened?” But even before she said a word I knew what the results had been.

“They couldn’t find a heartbeat,” she said through quiet sobs.

I thought about how we had just about finished paying for that last miscarriage. The last monthly bill had arrived from the hospital, and the balance would be gone after one more payment. Not that this had anything to do with money, but the irony was sharp, that in the same month we finished paying the bills associated with one miscarriage, we could very well begin paying for the next one.

“Just come home,” I said. “We’ll figure something out.”

How many times do those words appear in the Bible? God says that phrase to Abraham multiple times, reassuring him of the promise. Joseph says it to his brothers when they discover his identity. Moses said it to the people. God said it those same people. Nearly forty times that phrase appears in the Old Testament.

I told the kids while making their macaroni and cheese.

“I don’t want the baby to be dead,” Sam said, now on the verge of tears.

“It’s going to be okay, Sam,” I said quietly, delivering the four bowls of mac-n-cheese. “But Mama is kind of sad, so she’ll need some hugs when she gets back.”

A few minutes later, I heard the car pull down the lane, tires crunching over cold stones.

They ran to the door and when she opened it they engulfed her. The cold air blew in around us.

“It’s okay,” she said, holding them close, forming a huddle. “It’s going to be okay.”

The last instance of Do not be afraid appears in Revelation, as John falls prostrate after seeing the source of the voice speaking to him. The Bible says he fell as if dead.

But He laid His right hand on me, saying to me,“Do not be afraid; I am the First and the Last. I am He who lives, and was dead, and behold, I am alive forevermore. Amen. And I have the keys of Hades and of Death.

Do not be afraid. I am the beginning and the end. I hold the keys to death.

After a few calls, we found a medical center that could do a scan for us that evening. We drove straight there, passing houses at that particular time of night when Christmas lights are coming on. I dropped Maile off and took the kids for dinner. The sun set over white, snowy fields. Cars crept into town, towards the malls and the shops.

We sat in the sandwich place and the kids chattered and ate and laughed. Then, out of no where, Sam looked at me with sad eyes.

“I don’t want anything to die,” he said.

Then, much quicker than I expected, a text came through from Maile. I didn’t want to look at it, but I had to.

But there have been moments of peace, too, peace that cannot always be explained. There have been small patches of joy that, when stretched, surprised us and became more than adequate to fill the gap in the cloth.

This is life, isn’t it? The goods and the bads. Ground gained and lost, and, sometimes even worse, the battles that stretch on for months and years without any sign of a clear winner. But this is life.

Celebrate with us today, will you? And, when we need it, as I’m sure we will again, come alongside and hold us up.

The kids and I pulled to a stop outside the medical center. It was nearly vacant, and a lone individual stood along the curb, smoking a cigarette. The van smelled of sandwiches and a cold winter’s night.

“I know!” Lucy said. “When Mom gets into the car we should all scream for joy.”

We watched through the glass. They practiced their scream. Then we saw her. She came through the dark night, opened the door, and held up the ultrasound photos, smiling like I hadn’t seen her smile for many years.

The sound of those kids’ joyous rapture was quite a sound to behold. It probably scared that lone smoker nearly to death. To me the sound was as good as a host of angels, and words came to my mind, through the cacophony.

“Glory to God in the highest,
And on earth peace, goodwill toward men!”

“So there’s going to be a number five,” I said, grinning. But my voice was drowned out by another round of cheers from the back.

I’m currently running a Christmas giveaway (ending Wednesday at midnight) where you can win an advanced copy of my upcoming book with Tim Kreider, Refuse to Drown, as well as copies of five other books I’ve written or co-written. You can enter the drawing HERE.