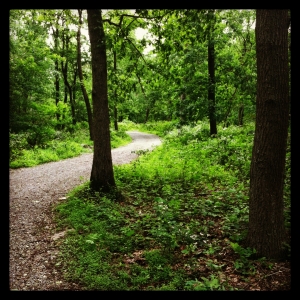 It’s been in vogue for quite some time now, the whole notion of giving yourself permission to fail. Various gurus and motivational types have been saying it for years. Fail forward. Fail fast. Fail repeatedly.

I get that, and I admit that failing quickly can be an important part of growth and finding direction in life. But you know what? I’m less afraid of failure than I am of living a life of endless mediocrity. Most failures are a flash in the pan – that’s what makes them failures. If people would keep talking about it, then it wouldn’t be a failure. It would be popular. It would be worth talking about.

What are you afraid of? What keeps you from creating, from trying something new?

But no one knows. Not even you.

Consider when the original iPhone was released. Here are just a few of the predictions made by experts in the field regarding the future of this new and fascinating piece of technology:

“That virtual keyboard will be about as useful for tapping out emails and text messages as a rotary phone. Don’t be surprised if a sizable contingent of iPhone buyers express some remorse at ditching their BlackBerry when they spend an extra hour each day pumping out emails on the road.” — Seth Porges, CrunchGear

“Apple will sell a few to its fans, but the iPhone won’t make a long-term mark on the industry.” — Matthew Lynn, columnist at Bloomberg

In the recent edition of Poets and Writers, there’s a story about author Andre Dubus III and how difficult it was finding a publisher for his novel, House of Sand and Fog.

When House of Sand and Fog began making the rounds in the late 1990s, it was no easier to place than Dubus’s first two books. The manuscript was roundly rejected by twenty-four publishers…There are now somewhere between 2.5 and 3 million copies of the novel in print.

No one knows where this creativity will take you, this story-telling. Not even you.

5 Replies to “A Friendly Reminder: No One Has Any Idea How This Will Turn Out”