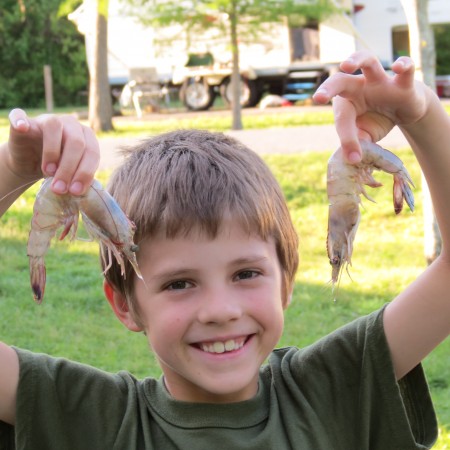 Returning from the dust of Laredo, Texas in 1982, we moved into one half of an old farmhouse. We were poor then, I guess, by any standard measurement of wealth, but I felt rich with newly discovered cousins, and aunts that teased me, and uncles that wanted to wrestle or play basketball. I was six years old, and in the timeline of my memory it feels like the birth of my existence, shining and aware and filled with the happy chaos of hugs in rooms filled with too many people.

And my father – I often wonder how he felt, nearly a decade younger than I am now. Not only was he a poor pastor – he was a poor assistant pastor. So my mom sat in the chair at night while we watched television, a needle tucked between her lips, her fingers moving moving moving the thread, first piercing the needle, then weaving like a stream, binding the loose edges. Her quilt money bought us new school clothes each fall.

This is what we did for one another: as a family, we gathered the material of our lives and bound the loose edges together.

For three or four years we lived in that old farmhouse. It was a treasure trove of a place for a child, like a theme park, but one that usually smelled of manure. There is the story of the bull that jumped the fence, and the time I caught the monster carp, and the lightning that struck the oak as my mom walked beneath it. There was the storm that somehow messed with our well, bringing shitty water up through the pipes for a day and a half.

After school I often helped my friend Daniel with his chores (his father worked the farm, so he had responsibilities, real ones, and sometimes I envied him for that). We used wide brooms to sweep the long smooth cement walkways in the dairy barn – swishing bristles – then enjoyed the fruits of our labor by racing on Hot Wheels tricycles over those same walkways.

The cows stared sullenly at us, swishing their tails. Their long tongues, like bright pink snakes, frightened me. I pedaled faster.

The news that we were going to move didn’t affect me one way or another, although by then there were three of us kids, and the news that we would each have our own room seemed inconceivable. What I didn’t know at the time was that my father had walked down to an Amish neighbor to see if he could borrow the money to build the house – no bank would take us in, not on his $15,000 per year, not even with my mother’s quilt money thrown in for good measure. The Amish man agreed, and for the next ten years or so my father would drop off the mortgage check on the first of the month, and the Amish man’s wife would write it down in her little notebook, and I don’t think anyone ever signed anything.

When my parents sold the house, they paid off their debt with the Amish family, and that was that.

It’s too bad, really, that this doesn’t happen more often. You know it’s a good world when someone will loan you a significant amount of money because they know who your parents are, and you will pay it back no matter what because you care about your standing in the community.

It’s a good world, when people reach out their hands to others.

On Sunday afternoon, with a 10-hour drive looming on Monday, Cade turned to me with tired eyes.

I feel the same way. After four months on the road, and a few months in my parents’ house, then a few weeks at Maile’s parents’ house, it is time for us to put down roots. To put the parking brake on this crazy life and find a place.

But a few weeks on the road remain, and we’ll be away this week with spotty internet coverage, so there won’t be much going on here at the blog. But please come back next Monday – I have a huge announcement that I can’t wait to share with you. Or you can like my Facebook page; the announcement might show up there sometime this week.