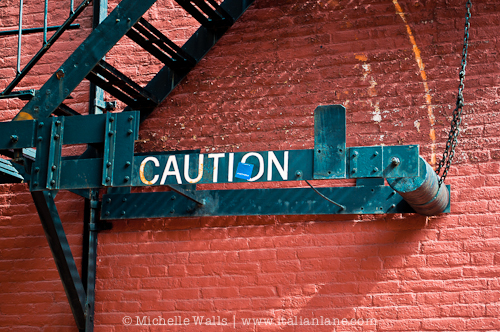 So it’s been a strange week. Getting home from a four-month road trip. Moving into my parents’ basement. Cleaning up Willie and putting him back into storage. Seeing so many friends who we hadn’t seen for what felt like years. Visiting my grandma. Hugging my bald aunt.

At many points during the week, my brain simply could not compute the the continuous accumulation of stimuli. It was like walking down a long, dark hallway, then opening a door to a room with loud music, flashing lights, strange smells, and dancing clowns. I just wanted to stand there in the doorway, my head cocked to the side, eyes squinting.

What is this place?

In some ways it feels like we’re starting over. 32 months ago we left a close community in Northern Virginia to pursue my dream of becoming a writer. During the first two years, I had picked up some momentum, found new leads, began new projects. We made headway. But after four months on the road, many of my leads have grown cold. I’m left wondering where to begin. All of my current projects are ending.

So it was during this strangest of weeks, feeling like we were at the beginning again, wondering how to move forward, that I kind-of-sort-of panicked. The voices started up again. You know. Those voices.

Your writing life has peaked – it’s all downhill from here.

You’d better get a job while you can. Anything.

You’re going to end up on the street.

You can only pursue a dream so long before the wheels fall off and you have to give up.

They are always very convincing and nasally. And matter-of-fact. And for some odd reason they have British accents.

So on Wednesday night, I called a friend about getting a job. On Thursday I was told I could have the job if I wanted it – the pay wasn’t great, but it would be regular income. I said I’d call back on Friday morning.

When I went to bed on Thursday night, I had no idea what to do. When I woke up on Friday morning, what began as a vague feeling turned into a determination: I would not give up this easily. It was too soon. I needed to stay the course of writing for a living for a little longer, and if I took this 40-hours-per-week job, my writing would be pushed to the back of the line for a long time.

Most of all, I remembered how difficult it was to go from a complex life to a simple life. To go from a regular income to a sporadic one. I do not want to go there unless I absolutely have to, because the road back to this place is way more intimidating than continuing on the road I’m currently walking.

Does that make any sense?

So I passed on the job. I might be crazy. But I feel like there’s something good coming just around the corner. Which reminds me of some of my own crazy advice:

You will want to give up. Don’t.

Have you wanted to give up on anything recently? What kept you going?