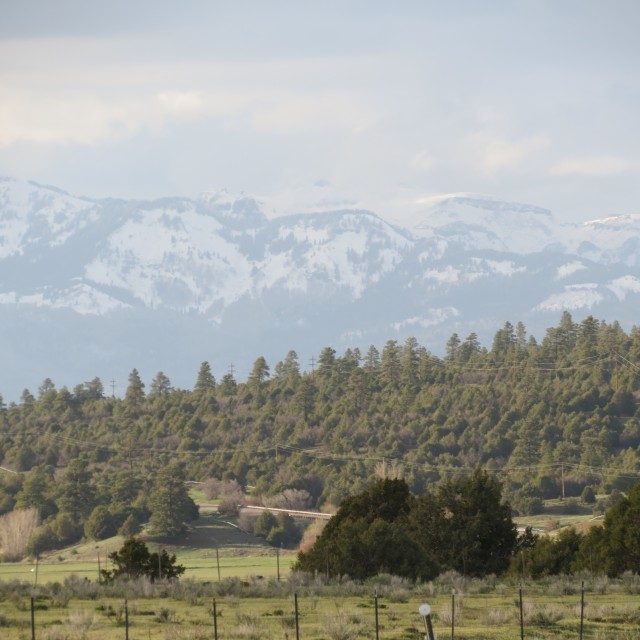 I have made some very expensive transactions on this trip. Nearly everywhere we’ve gone, I’ve gained something, and I’ve left something behind.

In Virginia, we gained a kind friend who treated my kids like they were his grandchildren. He built a small fire under that southern night sky for marshmallow roasting. And I left a piece of myself on that farm in Bremo Bluff while struggling to comprehend a world where slaves used to look up at those same stars.

In New Orleans, we wandered the streets in the French Quarter, taking everything in, and I was left wondering about a homeless man sitting on a step when all I had to give him was a quarter.

In northern New Mexico, we got lost around Carson National Park. At one point the road scaled the side of a cliff – looking back, we saw a small, green valley hidden among the red rocks. A winding stream, lined with trees, disappeared into a canyon etched in the side of the mountain. If I could have stayed there, I would have. I can still see that perfect valley in my mind.

From New Mexico into Arizona I was left speechless by the beauty of the landscape. And I ached as I saw the poor living conditions of the Native Americans who used to roam freely under that massive sky.

All over the country, we’ve made friends, and then we’ve left them behind.

These are the transaction that occur when you live a life of faith: you receive beauty and unexpected grace, but sometimes in exchange you lose everyday comforts. You lose a sense of ownership. Some things make less sense. Some things take on added meaning.

Maybe a month ago my sister and brother-in-law received a call from child services. Would they be interested in providing cradle care for a child who’s parentage was uncertain? The father had decided to claim parental rights but had a process to go through. The adoptive parents were hesitant to take in the baby if the father was going to get involved.

So my sister and brother-in-law took the little one in. They feed him every three hours. They get up with him in the night. They change his diapers.

But even more importantly, they invest huge pieces of themselves into his young life, not knowing how long he can stay with them.

This is the walk of faith: giving without thought of what will be gained. Receiving beauty and unexpected grace in the midst of so much potential heartache. So much potential love.

Before you, two paths. One of comfort and predictability. The other? Faith and adventure.

Today we drive north to San Francisco, and then the monumental turning:

Please, if you know the family involved in the adoption scenario above, refrain from mentioning any names in the comments.