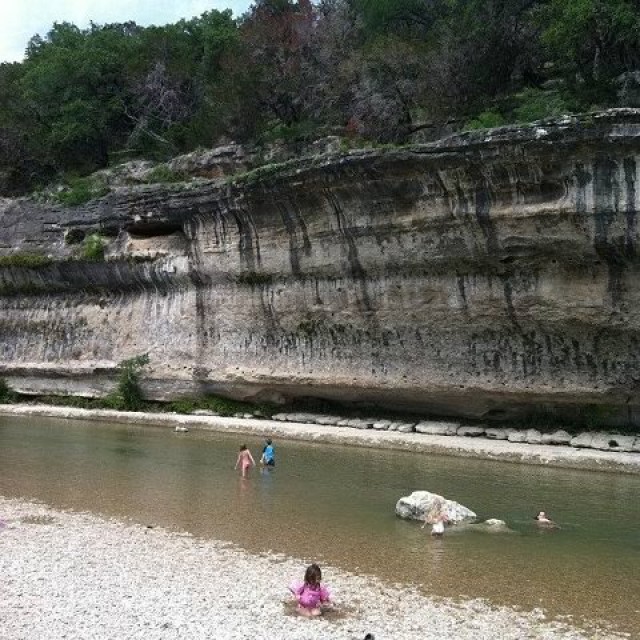 We are in Austin, Texas. I’m writing this close to midnight on Saturday night, and by the time it posts it will be the 15th of April. Two months down, two to go.

The kids are asleep. A cool breeze blows in through the bedroom window. Maile’s at the table at the front of the bus, writing. I’m in the back, in the dark, where I was stationed to sit until Sam fell asleep – now he’s on his side, wearing only a t-shirt and a diaper, sucking his thumb, taking easy, slow breaths.

We’ve stood in the midst of a slave graveyard, probing the ground for the missing headstones. I stared at the stars that night and wondered how such things could ever have been.

We got the bus stuck in a ditch. And then back out again.

We found out my aunt has breast cancer. And felt scared. And overwhelmed by her belief. And determined to stay positive with her.

We’ve stood with a crowd of people on the west coast of Florida on an ordinary night and watched the sun drop into the water. And everyone just stood there, their hands still shielding their eyes from a light that was no more, breathless at what they had just seen, frozen as still as if it was the last sunset.

We watched storm clouds roll into Memphis like tidal waves.

We viewed pictures on our friends’ Facebook profile of the memorial service for their not-yet-20-week-old baby. And I wept at the back of the bus.

We drove through Louisiana on bridges that go on for miles, bridges that overlook marshes and dilapidated houses. We walked the streets of New Orleans and saw pain and beauty. Hope and hopelessness.

We received a call from my mom that a friend’s two-year-old had drowned. Just like that, she was gone. And I think of my own children, and how every second I have with them is just grace.

We entered Texas and found it greener than expected, and more beautiful. A good friend took me to the VA hospital and I spoke with a vet while wearing a hospital gown over my clothes, and we fist-bumped before I left through our latex gloves.

And all along the way we’ve been blessed by family. Or old friends. Or internet friends we’d never met in real life before. Or complete strangers. Just blessing after blessing after blessing, unexpected, like pulling on your jeans and finding a $100 bill, but better because these blessings can’t be spent away.

So much death and life in two months. So many things lost and found. Thanks for traveling along with us.

*The picture is of the kids wading in the Guadalupe River north of San Antonio.