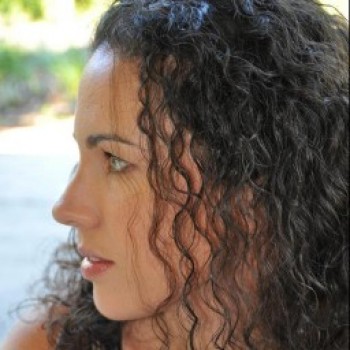 Today’s guest post (minus the lengthy intro) comes to you from the always transparent Tamara Out Loud. Maile and I had the privilege of meeting her and her family a few weeks ago while traveling through Gainesville, Florida, and she’s just as kind and fun in person as she is in her writing. If you’ve never been over to her blog, you’re missing out – follow the link at the end. She’s an exquisite story-teller and her writing explores the crucial topics we often try to gloss over or avoid.

I’m honored to post this piece by her today because it’s the first time she’s ever shared in writing her story of being a foster mom. It’s also the first time I’ve ever cried in a McDonald’s while reviewing a guest post for my blog.

When she sent it to me, she wrote “This guest post for you made me grieve hard. I’ve never written anything that made me cry like I have tonight…Yet, writing it for you because we once talked about the fact that I’d done fostering and it meant something to your family gave me a push I never would have forced on myself for my own blog. And I think I needed it. So all this to say: thanks, even if you didn’t realize it, for the catharsis of retelling this story in the way I know best.”

And that’s one of the things I love about story-telling: the healing it can bring. So without further delay, Tamara’s story:

The social worker had a thin frame and kind eyes. He hefted the bloated baby as gently as he could through my front door and set him on the family room floor. He gave me the blue folder, thick with legal jargon and cobbled details of a life not yet a year long but already so laden. The sweet boy, immobilized by his own weight, looked up at me with such innocence to his whole situation, eyes like dark chocolate under curled lashes, and all his weight immobilized me too.

We began right away to try to undo the damage of eleven months of neglect. But a boy who’s lived his whole life in a high chair, given food instead of care, isn’t one much for veggies; he certainly can’t crawl. So we were patient and persistent, and after one month in our home, the only junk he had had was his first-birthday cupcake. As he mashed cake and tasted frosted fingers, I’m not sure who delighted more– the darling birthday boy, or the family to whom he already belonged.

And the family who fed him with health and with love was more than my husband, our three kids, and me– it was also the ones whence we came. He’s been gone from our home for four years now, but my grandmother still asks about him and it kills me not to have answers, and my mom still cracks up at memories of him and sniffles back tears at his pictures.

We always knew he wasn’t ours to keep, but that’s true of any child; it doesn’t stop the heart from hoping. And when the placing agent asks if you’d be open to adoption, your brain can get tripped up too. But what can you do, and you just love them, and you pray for their best, never mind yourself, but somehow your self sneaks in.

So I picked him up from daycare each afternoon, and by then he could mightily toddle, and with arms outstretched to the one he knew best, he beamed, “Mama!” and I loved him.

But the call came too soon, and the voice was too harsh. She was his caseworker and I was only his foster mother– a place holder for a real parent, a temporary fix in a state-wide shortage, a volunteer with no rights whatsoever. Not even to advocate for the little one in my care. He’d be picked up the next day and transferred to a foster home closer to the area his transient mother hung near. It would be easier for the agency to coordinate transportation if ever she decided she’d like to see her son.

I grasped madly at wits amid hot tears and laid out in a voice with as little tremor as I could manage his sure benefits in staying. He was thriving; I would drive him to see his mother; we’d make room in our small house for his sister. I don’t know how much was articulated logic and how much, desperate pleas. But it didn’t matter what I said, and she gave herself away in the end: I didn’t know how to raise him anyway– I was white and he was black.

The words slapped my heartbreak into fury, and I spat my demand to speak to her superior. The kinder woman calmed me with embarrassed apology, but sadness, only ebbed, came back and washed me over. And I told her there was just no way I could have him ready the next morning– I needed the weekend to clean all his clothes. But you really can’t prepare a baby to leave what he knows of home, and all the clean clothes a duffel bag can hold buy a mama only so much time.

So we took our small gift of three days, and when the transporters came to take the little boy, they had to stuff goodbye-balloons from enamored daycare teachers beside him in the backseat. And as he looked at me with those beautiful baby eyes, he didn’t know that it was the last time he’d see this mama’s face. But he was fed full of her love.

Tamara Lunardo works out her thoughts on life and faith at Tamara Out Loud, occasionally with adult language, frequently with attempted humor, and hopefully with God’s blessing. She is the editor of What a Woman is Worth, due out this summer through Civitas Press. You can connect with her on Twitter and Facebook.