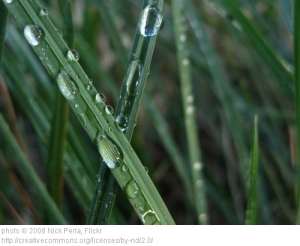 The house we lived in for the last two years sits empty at the bottom of the hill. The chicken coop that my dad and I built out of two old tables, some 2x4s, and chicken wire rests in the back yard, but the chickens are gone, given to friends. The first successful garden we ever grew covers itself in winter brown and a tangled mess of autumn weeds, now dead and lined with traces of snow.

There’s the flat stretch of yard between the house and the garden – yesterday as we finished packing up, I went out and removed the small stakes we had used to mark soccer goals. There were many 10-9 games on that pitch that will go down in the record books. The inadvertent goal off of Abra’s head comes to mind. The World Cup has nothing on us.

Whenever we leave a place I think about how the next people who live there will have no idea what some of those random things are: the small mounds of rock, like altars, where Lucy and Abra pretended to be chefs and made feasts out of pebbles; the not-quite-natural crisscrossing of fallen branches in the woods that was our fort; the tiniest of pencil strokes on the trim to the girls room that marked their height, creeping up the door as these two years passed. There is a tiny toy car under the woodpile, and a deflated ball up in the tree: remnants left by Cade and Sam.

Those were two of the hardest years of my life. We arrived broke and broken, with only the tiniest sliver of hope remaining, like those first shoots of green in the spring. I wrote up in the workshop until my pinkies were numb from the cold, and all the while the space heater at my feet felt like the surface of the sun. I mowed the grass, back and forth, back and forth, the previous 30-some years of my life running over and over through my mind like a bad movie I couldn’t quite forget.

But they were also two of the best years of my life. It sounds rather cliched, but somehow I found myself there in that tiny house, fingernails dirty from the garden, shoes stained green from mowing the grass. I found my family again. I found Maile again. It’s a strange thing, finding so many things when you never even knew they were missing.

But it’s time, you know? It’s just time to move on.

It’s time to get going.

Have you ever had a place that was hard to leave?