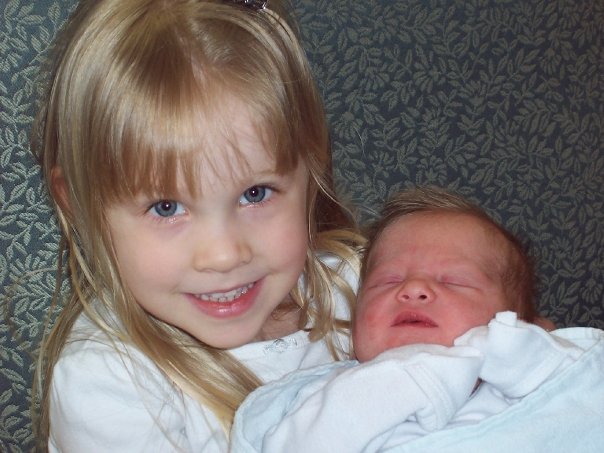 Many of you may not be aware of it, but there is a growing conversation on the internet right now regarding the treatment of women by the church and society at large. I think it’s a discussion that everyone needs to engage in because not only is it shaping who we are today, it’s also shaping the world in which the little girls around us will grow up.

Last night, I read this beautiful post by Sarah over at Emerging Mummy entitled “In Which I Thank My Brothers.” It reminded me of a guest post that I wrote for Rachel Held Evans nearly one year ago. You can view the original post and ensuing comments HERE. I’m posting it today on my blog because I’m sure many of you missed it the first time around.

I remember when you were born and the realization hit me: I have a daughter. A little girl. I remember how different that felt from when our son, Cade, was born – I felt so much more protective of each of you, as if you held a vulnerability not common to baby boys. This inexplicable difference seems to have carried on. When I want to show affection to Cade, I tackle him. But the two of you, I just want to hold, and hug, and protect.

Sometimes it seems unfair, this incongruity, and I know you often want to feel the wild side of your father, to be thrown in the air, to be curled up in a ball and squeezed, to run through the house as if you are being chased by a roaring lion. And so I throw you, I squeeze you, I chase you, but all along, I must admit, all that I want to do is rescue you.

I sometimes wonder if, as a man, I have anything to teach you about being a woman. What I know of womanhood is only secondhand information, things gleaned from my mother or my sisters or your mother. I don’t even know if I want to pass these imperfect little gems on to you. But I know some things that I do want.

I want you to be strong, in every way.I want you to live out a life that is reflective of your calling, whether that means finding a career and fighting your way to the top, or finding a husband and having seven children, or anything in between.

I want you to be. However that looks. Whatever that means.

You are my girls. Some day you will be women. That is a special, special thing.

*Editor’s note – I was called out by Bryan Allain after the original posting and had to admit that my curve ball is actually just a fastball that spins a lot.