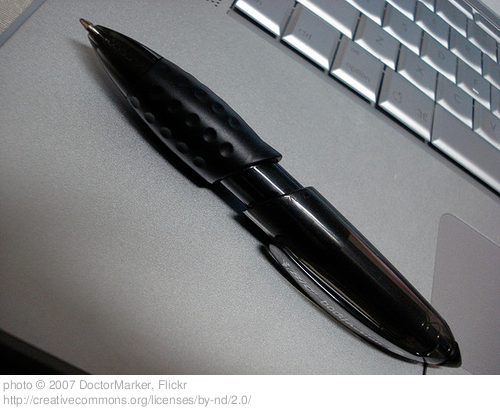 Picture this: a city so evil that the one in charge calls together a group of executioners to wipe out the population.

But in the midst of these men, “each with a weapon for slaughter in his hand,” is another man, one clothed in linen with a writing case at his side. This man is told to go throughout the city and mark those who mourn over the evil being done. After he walks out, the executions are told to follow him and kill everyone, “but touch no one who has the mark.”

Scary stuff. The level of violence reminds me of the Kill Bill movies. But it’s not a Hollywood script – it’s a vision straight from the Bible: Ezekiel 9.

The thing about this vision that has always amazed me is that the saving is not left for the strong to do. The men with weapons, cloaked in violence, are not the ones chosen to protect the innocent. That job of salvation is left to the gentle, to the man clothed in linen, to the one with writing equipment.

There’s something powerful about the process of creating art. Whether it’s writing or painting, sculpting or acting, there is the possibility for redemption not accessible in any other activity.

Jesus always used stories and illustrations…when speaking to the crowds. In fact, he never spoke to them without using such parables. (Matthew 13:34 NLT, emphasis mine)

Be a creator. Write, paint, form, and present in a way that brings about redemption. New life. Use your creative abilities to encourage, to challenge and to change. Each of us has a story to tell.

Maybe you are the one with the writing equipment for your city or neighborhood.

Then the man clothed in linen, with the writing case at his side, brought back word, saying, “I have done as you commanded me.” (Ezekiel 9:11)

What types of art have helped you see the truth more clearly?

4 Replies to “Why Jesus Never Spoke Without Telling Stories”