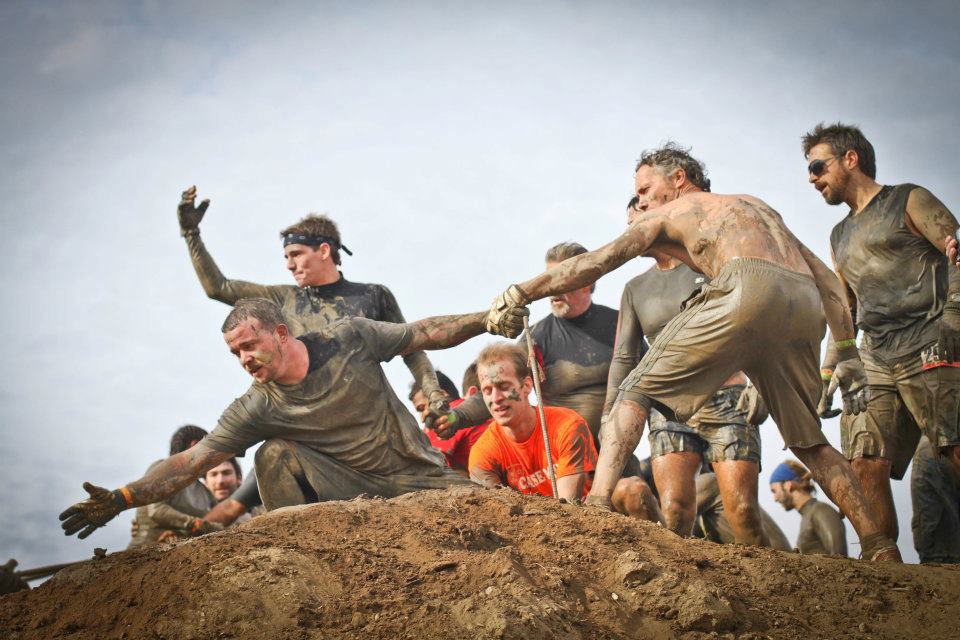 You can’t let what you are able to see put limits on what you believe is possible.

Somewhere around mile four of the Tough Mudder was an innocent looking obstacle: a muddy hill. That’s it, just a steep slope, maybe twenty feet long, coated in mud. A few of the guys on our team struggled to the top and stood there, waiting for the rest of us. Then my turn came. I made a dash through the mud and started up the incline.

About halfway up, my feet started slipping out from under me. I stopped, dug in my heels and tried to grab on to something. Anything. But slowly, inevitably, I started sliding backwards. All the way back down.

I tried again. Same result. Maybe it was the fact that I wore my oldest shoes and they had no traction. Maybe it was that we were in the last group of the day. Whatever the case, I couldn’t get any grip.

But what else was I going to do? I had to try again.

Ever been in that spot before? Ever have a goal off there in the distance, and no matter how many times you tried, it just didn’t feel like you were making any progress?

In the book How I Got Published, J. A. Konrath tells about his journey to publication. It was a long road. Sometimes it felt like a hopeless road. But after writing ten books in twelve years without finding a publisher, and after 460 rejections, his dream came true. He landed a six-figure offer for a series of crime novels he had written.

I tried the hill again. I went at it with just as much speed and determination as ever, but I’ll admit that I didn’t have much hope. Why should that run turn out any different?

Yet that time, just as I started to slide backward, a hand reached down towards me. My team members had lowered one of our guys by his feet part of the way down the mudslide. I grabbed his hand and instantly fell to my stomach. It was too slippery – there was nothing I could do to help. But they pulled me to the top. Just another reason it’s good to have idiots for friends.

Feel like quitting? Try again. You never know when that hand will reach down out of no where and pull you to the top.