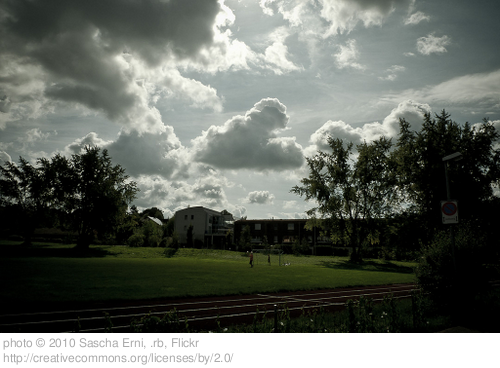 It was early in the morning. Very early. But the mid-August air hung heavy and my legs protested as I walked down to the track. There were about thirty of us, but no one said a word. Unless yawns count as words.

First day of soccer practice, junior year in college. We arrived at the track, and the coaches were waiting for us. It was the same first day of practice that I had experienced the previous two years. They didn’t bring soccer balls. No nets. No cleats.

An entire summer of training came down to this one run, on the first day of practice. The 5-minute mile. If you ran the mile in less than five minutes, you could get on with your life, work through the three-a-day practices, and hopefully make the team.

If you ran the mile in over 5 minutes, then you joined the breakfast club (ie a group that had to show up before breakfast every day and run).

The coaches split us up into three groups of ten. My group was up first.

Finishing things is not my strong suit. I love the thrill of the beginning. The first chapter. The idea. Coming out of the blocks. But, when writing books is concerned, and the long months of doing 1000 words a day turns into revisions which turns into multiple drafts, I start to drag.

But writing a book is the same as many other tasks: finishing well is so important.

I remember how our coach used to explain it to us.

You have to finish well. Running four laps around this track, running the mile, is just like any game that has four quarters. It’s like anything in life. There’s no point in killing yourself on the first two laps if you have to walk the last two. Find your pace, push yourself, and always make sure the last lap is your fastest.

But on that morning, after two laps, I felt like puking. Me and one other guy hung toward the back, sticking to a 1:15 pace for each of the first two laps, but that’s stinking fast, and every muscle and bone in my body wanted to walk. Yet we started lap three, and somehow we kept going, same pace, same stride.

This year is coming to the end of its third quarter, as are many of the projects I’m working on. And let me tell you: I’m tired. Mentally, emotionally, I’m exhausted. But I know the fourth lap is just about to start, and when you know you’re on the final turns, the final stretch, something wakes up inside of you, something you didn’t know existed.

We hit the fourth lap, and somehow we both started running faster. We started passing people. We hit the last half and through the burn and the hurt and the fatigue, I discovered something: I had another gear. I had to run at a ridiculous pace for 1250 meters in order to unearth it. But there it was.

Which lap do you find yourself running these days? Just starting out? Somewhere in the middle? Or are you in the final lap?

Keep going. If you push yourself hard enough, another gear will reveal itself. I promise.

2 Replies to “Anyone Else Out There Exhausted?”