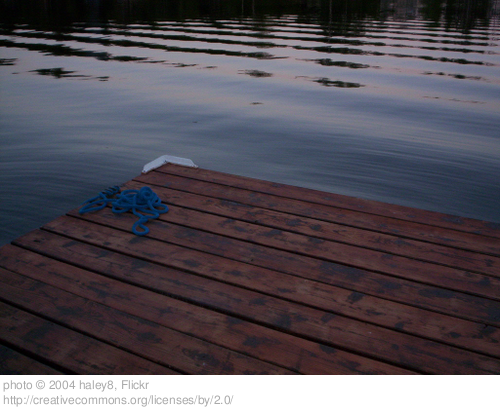 Three vehicles moved cautiously up the long, stone driveway – it curved through the woods like a loose thread. They approached the large cabin, drove around behind it, then parked, and for a moment everything sat in complete silence. But not for long.

The vehicles’ doors popped or slid open, spilling the shouts of children out into the wilderness. Soon seven adults and nine kids (ages 8, 8, 7, 6, 5, 3, 2, 2 and 6 weeks) scurried back and forth from van or Jeep or Suburban to the front door of the cabin like a line of ants from their hill to a fumbled peanut butter and jelly sandwich. Except in this case the ants weren’t carrying crumbs, but suitcases and sleeping bags and swimming gear.

Gradually the children, all cousins, became distracted by the cherished cabin, sprinting up and down stairs, revisiting favorite haunts and claiming their same old bunks in the upstairs bedroom. All wanted a bottom bunk so that they could create their own little kingdoms under domes of hanging sheets.

“The lake!” they shouted, the words trumpeting from their mouths, making them sound very much like birds stuck on the same two notes. “The lake! The lake!”

Finally they convinced their grandma, and then their aunt, and then a few of the other adults, to walk with them to the lake. The sun looked at them with its warmest stare, but they just laughed and ducked under the water. I ran around to the side of the lake and jumped into the deep water from a small dock, then swam toward them like a cross between Jaws and a sea monster. They squealed and swam for their lives.

“He’ll get us!” they screamed, running in slow motion through the waist-deep water. “He’ll eat us up!”

I finally convinced them to come back in. Besides, the breeze felt cold against their wet skin. They reentered the water with squinted eyes and suspicious looks. I crept around to the dock after their guards were down and did it again.

Rain started to fall, enormous drops from quickly moving clouds. Adults scattered, carrying with them the younger four children and beach bags full of cameras and other things allergic to water. I stayed with the five oldest. We hid under a rubber raft, the water tapping lightly on our new roof like a hesitant neighbor.

Then my 6-year-old daughter Lucy noticed that the wind had blown two of the beach balls to the far side of the lake, 100 yards away. She started doggy-paddling through the water, the rain falling so hard that if it had been the first rainstorm I had ever seen, I might have believed the drops were being shot up out of the lake. So I followed her. We grinned and shouted to one another the whole way, taking in water and sputtering, cold drops pelting our wet heads.

Finally we retrieved the beach balls from the far bank, exhausted. We each climbed up on one, floating, happy for the buoyancy, not caring about the cold rain dive-bombing us. We kicked our way back, fighting against the mini-waves the wind stirred up.

5 Replies to “Our Vacation, and the Sea Monster”