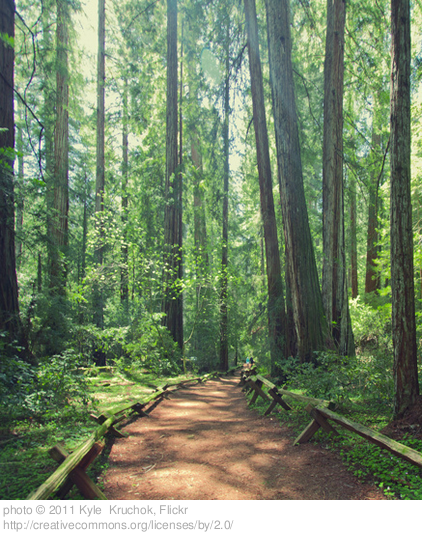 I met Jen on Twitter a few months ago – she’s funny, clever and likes to run. She’s got a great narrative voice and can make just about anything sound interesting, even running and dog poop. Check out her take on how dreams don’t always turn out the way you imagined they would:

It started with a dog. The Dog. The Dog who lives at my house but who is not adored by me. Oh, we have our moments but they are rare and quick, bursts of affection in a moment of weakness. The Dog kept pooping under my sewing machine. He could poop inside, in any number of rooms inhabited by people who are not me, and who actually like The Dog.

Nope. He pooped under my sewing table every day. I moved the sewing machine, three time in one room, then finally to another room altogether. Every time I moved the machine, The Dog moved, too.

I started running in order to train The Dog to poop outside. As I ran, I posted my solidly mediocre results online referencing The Dog’s product and my own growth as a runner. My friends started asking me questions about running. This alone is hilarious. I have no idea what I’m talking about when it come to running. I just go running. I don’t mess around with tempo runs and intervals, although The People Who Know Things continue to urge me that intervals are “soooo good for you.” Those People are dumb.

I started blogging about running to answer the questions my friends were asking. To be clear, the posts were not about technique or form or shoes or hydrating or fuel or zip glide (a handy little anti-chafing product). The posts were about finding your why and definings your goals. They were mini-pep talks to people I loved. I shared my amateur experiences about feeling like a running outsider at races, about wearing lycra in public, about being swollen with luminous pride the first time I ran 5 miles without dying.

My friends responded to these posts positively and continued to ask for me. I wondered if I might have a book on my hands. I’d long played with the idea of crafting a book; life and fear kept me from trying. Until one day.

My phone blipped with a message as I wandered the fabric store aisles. The message was from a twitter friend I’d had a few fun interactions with. It read, “Did you know that I’m an editor and I want you to think about pitching this as a book?”  I nearly dropped the phone. My heart leapt and sweat began poring. I had no idea she was an editor. I had thought of it as a book, but that’s all it was: dreams, wishes, want-tos.

I hemmed and hawed for weeks before I finally decided to submit a proposal. The editor nudged me gently through fall and into winter; she’s a wily one, that editor. Having my work complimented by the attention of someone in “the biz” made me feel legit. We writers are an odd lot; riding a wave of confidence and self-flagellation that rip roars through our heads and changes course without notice. At least, that’s my experience. When she told me I could do this, I believed her.

The book comes out in September; I’m currently fumbling my way through edits and requesting endorsements, interviews and all kinds of other groovy, intimidating things. The work of sitting at my desk, ignoring twitter and laundry and paperwork and dishes and sometimes my children has been work I’ve never known. Some days it felt as if the words tumbled from my head and into my fingers, a veritable synchronicity of head, heart and body. Other days, it seemed like every word was yanked from my body like a rotten tooth. The hardest part was deciding which pieces to pull from the final manuscript: pieces I had labored over and loved and felt like strong passages really had no place in this book. They got the old select/control-x treatment, and were then pasted into a sad little document I titled “Deleted Segments.” They’re like friends I’ve left behind.

I often laugh at how this whole thing has come together. None of it would have been my dream. A dog? Some poop? Running? Nothing I had desired or even thought of as being book fodder grew into this grand idea. And that’s the thing about dreams. They rarely look the way you imagine them. I’m not complaining.

Jennifer Luitwieler is a wife, mama, writer and runner in Tulsa, OK. She no longer takes The Dog on runs. Her book “Run With Me: An Accidental Runner and the Power of Poo,” will be released in September. Find her on twitter and facebook and even, g+.