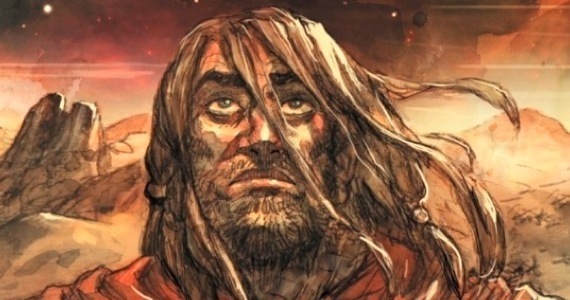 A few days ago a friend of mine complained that the creators of the new Noah movie were planning on “playing down the religious aspects” of the story, and essentially removing God from the script.

How can that even be done? If the movie is about a man who builds a boat in order to survive a flood, and he and his family are the only survivors on the planet, the story of God is being told, whether or not God is a character in the movie or not. The Christian truths of incarnation, death, resurrection and redemption are present, whether or not the story is told straight from the Bible or “watered down.”

But his comments got me thinking – visions of previous boycotts raced through my mind. Theatres burning to the ground as Christians proclaimed the evils of “The Last Temptation of Christ.” Churches ablaze with anger at “The Da Vinci Code.”

This is kind of becoming our modus operandi. Because of main stream Christianity’s involvement in politics and social policing, we now seem to be known less for what we should practice than for what we are against.

This practice of boycotting “immoral” or “unChristian” films is one place where the modern obsession with classifying has completely infiltrated those who follow Christ: many of us have become obsessed over applying the Christian label to everything from music to books, from art to theme parks.

What we don’t understand is that trying to call a movie or a book “Christian” is just plain silly.

What do we mean when we use the word Christian as an adjective? Do we mean a Christian created it? Do we mean it carries a Christian message (again, rather vague, but in this case we could use the model of incarnation, death, resurrection and redemption as a starting point). Do we mean that it has a moral? Doesn’t use swear words?

If someone dedicated to following Christ’s way of life built a car and called it John 316, would it be a Christian car? If someone who does not claim to be a Christian printed a Bible, would that Bible be “secular”?

And, you’re beginning to wonder, what the heck does all this talk of labeling stuff have to do with a boycott of the movie “Noah”?

This is where the two come together: once we became comfortable classifying things as either Christian or non-Christian, we took the next logical step – Christian equals good and full of truth; non-Christian equals bad and devoid of truth. This is clearly a messed up hierarchy, for so many reasons. For one, truth can be found everywhere. Two, the quality of much that has been labeled “Christian” is so obviously substandard. Three, many people or movements labeled non-Christian are clearly accomplishing much that is good.

Yet at least a generation ago, Christians stopped looking for truth in things like “secular” movies and art. We stopped identifying the varying and beautiful ways in which God proclaims his message. We limit God’s ability to communicate. And we continue to miss out, trying harder and harder to clarify the line between secular and sacred, a line which should not even exist.

This is not a new conversation. These are not original ideas. I only bring them up because of how this desire to classify, I believe, is what leads to the classic boycott spearheaded by Christians. In essence, when Christian people boycott movies, they are saying, “Stop! Don’t support the message this movie is furthering by going to see it! Stay where you are! This viewpoint is wrong/immoral/anti-religion/anti-Christian! Don’t watch this movie!”

And, as has happened throughout the generations, when we are told not to do something, especially by the church, we want to do it even more than we did in the first place.

What if, instead of boycotting things, Christians leaned more heavily on education? Instead of trying to bully and intimidate people (usually fellow Christians!) out of seeing a particular movie or reading a particular book, why not present the alternative viewpoint through social media, blogs and other avenues? Let people know the perceived dangers at hand. Say your piece nicely.

Why do we insist on boycotting things? Can boycotts be an effective method of instigating change or setting limits in our democracy, or in an age when “all PR is good PR” do boycotts only provide free marketing for otherwise shoddy products (yeah, I’m looking at you “The Da Vinci Code)?

16 Replies to “The Next “Christian” Boycott: Noah”