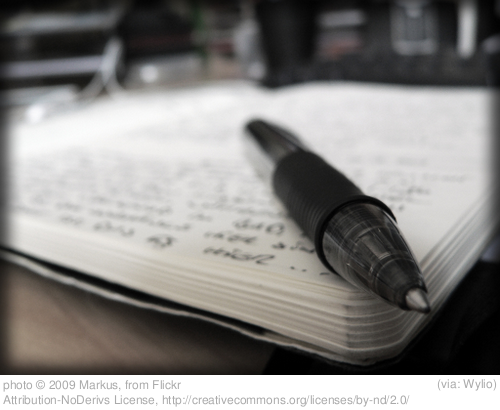 This week was a little different here at the blog as I abandoned my normal posts for something new: I gave you a quote on writing, a question, and you guys did the work. Here are some of the questions I asked, as well as some of my favorite responses:

Are artists generally melancholy, dissatisfied people, or is that just a stereotype?

“While there are a variety of reasons that spur individuals toward the creative process, I think that history shows the best and/or most creative have survived through a degree of adversity. That weathering results in a variety of creative drivers that range from neurosis to divine gratitude.” Tor Constantino

“I think there’s something about pulling out your pain and staring it in the face that can make people melancholy, or at least seem melancholy. A lot of people don’t look at their pain directly but deal with in other ways. That said, I want to agree with Janet – and I do to some extent – but I do see a lot of angst among artists, myself included I guess.” Andi Cumbo

What do you think about imitation? A helpful tool for aspiring artists? A poor excuse for plagiarism? Which writers or artists or musicians do you like to learn from?

“My default assumption when a “writer” tells me they don’t really like to read much is that they are kidding themselves about being writers. You love words and stories both as consumption and as expression or you don’t like them either way.

“When I was 11 years old I found my high school sister’s diary and thought her poetry was amazing. It was awful, in fact, but it inspired me at the time. I started taking her rhyme schemes and writing my own words to them while keeping some of her lines and putting these ripoffs in love letters to my crushes who, also being 11, thought they were amazing too. Blatant plagiarism? Yes. The first steps in my love of writing? Yes. Successful 6th grade romantic tactic? Absolutely.” David Nilson

“In my field, imitation is unavoidable. With thousands upon thousands of photographers taking photos of the exact same thing.. every single day how can it be avoided… Literally millions of photographs every day of VERY similar subjects. To find something truly unique is so hard and those that do discover something are immediately ripped off within days of sharing their work, but then again, our industry is very trend based. I know that my photographic style is partially based on a few non-wedding photographers who inspire me as I try to discover a style that works for my business.” John Sanderson (seriously, check this guys photography out)

“Jesus said that he is Truth, so wherever we find truth–in fiction, music, or science, too–God is present (and arguably, even glorified.)

“good art tells the truth, and so often it’s the truth of our brokenness. that’s where so much christian art falls flat–it tells part of the Truth of who Jesus is, but when it leaves out the broken parts and hard questions, it’s not really the whole truth.

“i remember reading the sound and the fury in high school. it’s about the disintegration of a family, told in four parts by three brothers and their housekeeper. a lot of the story is about their sister but she never gets the chance to narrate. i feel like it taught me a lot of truth–about womanhood and the fact that one telling is rarely the whole story.” suzannah

“G. K. Chesterton wrote of how fairy tales might be the truest things in “Orthodoxy.” Reminds me of the L’Engle quote. :)

“I learned truths about relationships from the film “High Fidelity.” That it’s not about the fantasy – that the fantasy, in fact, is fundamentally unobtainable because it’s a fantasy. But the reality of a real relationship in all of its messiness, is much more interesting and worthwhile.

“I learned the value of gentleness and stillness from the Innocence Mission.

“I learned that God’s imagination must be huge simply because He created Bjork.

“I learned that suffering could be a thing of value rather than a thing to be dismissed from Joshua Wolfe Shenk’s “Lincoln’s Melancholy.”

“I learned that beauty is often intermingled with ugliness in P. T. Anderson’s “Magnolia,” and that film has continued to summarize so much for me about life, about people, about God, etc.” Chad Thomas Johnston

“In writing specifically (and with freedom generally), it starts with knowing who you are, and culminates serving and connecting with others.” Michael

“I know it sounds very cliche but when I finally overcame my fear of putting words down…I finally felt completely alive. So that’s what drives me now to continue writing. There was once something lacking and writing has fulfilled it.” Eileen

Any of these questions or replies resonating with you today?

4 Replies to “Written By You”