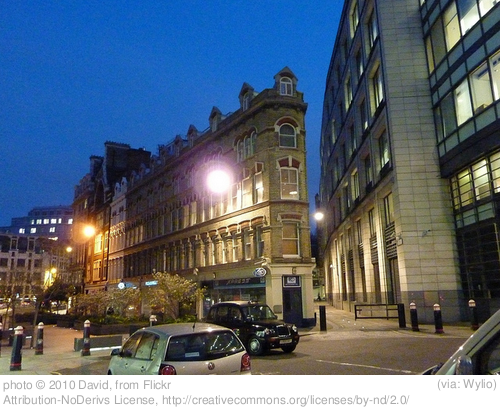 London will always be the city that I love.

Too many mornings we woke up together as I drifted into the north end of town on the first train, then disappeared underground for five stops, emerging at Victoria Station. Too many late nights we drifted off together as I slipped away in my Mini Cooper, listening to David Gray’s “Babylon” and hitting the M40, driving west toward the darkness and the smell of trees.

Summer in London reveals why cricket is such a hot, deliberate, long game. The grassy greens at the centers of all the small London towns drift with the slow movements of London men wearing all white. The fields echo with the crack of a bat making contact, or clink as the wickets are split. Loud protests are followed by grins and sing-song “heys” as the games end in pubs with names like The Polecat or The Cross Keys.

Then comes autumn, with its chilly train stations and the smell of furnaces burning in a million attached houses. Clouds move faster across the London sky than anywhere else in the world, trying to catch a quickly fleeing summer. One day the leaves are losing their green – the next day they are gone.

London is quiet in the winter, and still the people travel in and out of that heaving metropolis, their eyes looking down at the sidewalk, mist falling on to their tense shoulders. The pubs and restaurants are loud in the winter, standing room only, and that last glass of port will keep the chill out as you run to your train and slip inside, just before the doors close and the warmth and the rocking motion put you to sleep.

And then, the slow, inevitable approach of spring. The rain cleans the city. The grass grows again. Train windows are eased open to let in the air, and everything smells new. People smile again. The world seems not such a bad place after all.

What’s your favorite city in the world? Why?