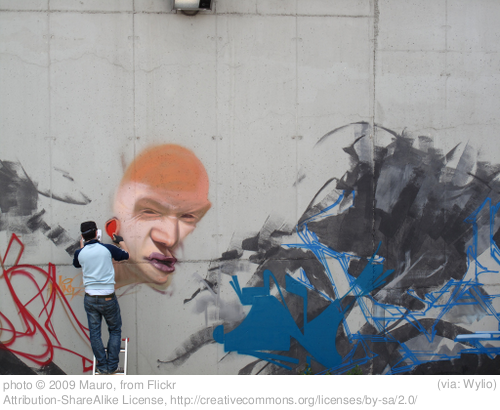 Yesterday I read a Twitter profile that made me sad. It caught my eye, and I can’t stop thinking about it.

Underneath the picture, this person wrote a brief introduction: where they live, what they do, that kind of stuff. Then they ended their profile with a sentence that made me sigh.

“I aspire to be a published author.”

I can see the expression on your face. I know what you’re thinking.

“That’s it? That’s the offending sentiment? It doesn’t take much to make you sad.”

And if you are thinking that, you are right (I nearly cried while watching “Ramona and Beezus” with the kids the other night). I was born with overactive tear ducts.

Why would such a worthwhile goal bring me heartache? Why would I, a writer, find it sad that someone would want to be a published author?

The first thing about that goal that makes me uncomfortable is how little control any individual has over becoming traditionally published. I know so many talented writers who have not landed a book deal (yet) or had a short story published in a journal (as of today). On the flipside, I have read many books and wondered how that person landed an agent and a publisher – not because their writing was terrible, but because it didn’t seem (to use one of Ramona’s favorite words) extraordinary.

Where does that invisible meridian lie? And how does one navigate across it?

I shy away from goals when the power to attain them seems overly dependent on luck or chance. If your sole goal in life revolves around receiving validation from unknown third parties, then I tend to think you could very well be in for some serious disappointment.

Then there’s the issue of attaining that goal – finally being published. My thoughts on the matter may not qualify – the two traditionally published books I’ve written were co-written projects, put into print based on the platforms of the people who hired me to write their book. But let me tell you how it felt to finally see our book in print.

Don’t get me wrong – I was thrilled to first hold the book. I was elated to walk into a Border’s and see my name on the cover. I felt a little giddy when friends would text me pictures of my book in a real live bookstore.

But those feelings were so fleeting, and they paled in comparison to the real joy – the days spent creating. The months of crafting and communicating and wrestling the words down.

I once read someone else write on a comment board, “If I can’t be traditionally published then I’ll assume my writing’s not good enough.”

I would hate for anyone to give up on writing at any point in their life just because they became frustrated with the process of publication. If your sole goal is “getting published,” and the journey there becomes longer than you had hoped, you might forget to enjoy the most important part:

Obviously, setting a goal to be a published writer is not a pointless, worthless goal. If it’s one of a host of writing goals you have, then I think it’s a fine goal. But don’t let it define you or your writing. Don’t let the approval of agents or publishers keep you from creating.