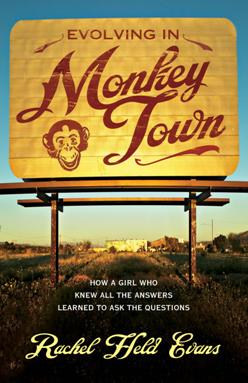 When my kids are scared at bed time, a story usually does the trick. When they got bored during our 2300 mile road trip through Ohio, Kentucky, Tennessee, North Carolina and Virginia (with minor appearances in West Virginia and Maryland), stories took their mind off the endless miles of highway. When they want to feel part of a grand narrative, they’ll ask me to tell an exciting story where they are the main characters.

“Tell us the story about the adventure those four kids go on,” Lucy asks, referring to herself, her two brothers and her sister.

Stories are the language of children, and since we were all children once, stories are one of the only common languages of humanity.

“…you’ll be able to tell your children and grandchildren…the stories of the signs that I brought down on them, so that you’ll all know that I am God.” (Exodus 10:2)

“So the next generation would know, and all the generations to come – Know the truth and tell the stories.” (Psalm 78:6)

Something the modern mindset has successfully undermined is the power of stories. For a hundred years or more, our obsession with the scientific method has worn away at the credibility once given to the imagination, to making things up, to belief without evidence.

Yet even a cursory reading of the Bible reveals the power of stories. One gospel writer claims that Jesus didn’t speak to the crowds without using stories.

This is the evolution of faith that I found so refreshing in Rachel Held Evan’s debut book, “Evolving in Monkey Town.” She introduces us to Dayton, Tennessee, the town where the Scopes Monkey Trial “made a spectacle of Christian fundamentalism” in the first half of the 20th century. The unexpected appearance of doubt in her fundamentalist faith sent Rachel on a journey of uncertainty, inquisitiveness, and hope.

What I love most about “Evolving in Monkey Town” is that Rachel doesn’t lead us into this place of doubt and then leave us dangling, uncertain of our next move.

She leaves us with a passage about stories:

God must really love us, because he always answers with such long stories.

If you’re interested in the evolving nature of faith and belief, if you still have hope in the power of stories, you need to read this book.

Rachel Held Evans is a writer, skeptic, and Christ-follower from Dayton, Tennessee—home of the famous Scopes Monkey Trial of 1925.

Her first book, a spiritual memoir entitled Evolving in Monkey Town, released with Zondervan in July of 2010. Her second book, an experimental memoir (tentatively) titled “A Year of Biblical Womanhood” will be released by Thomas Nelson in 2012. (You can learn more about the experiment here.)

3 Replies to “My Journey Through Monkey Town”