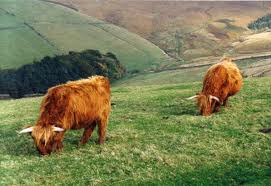 I remember my first trip to the southwest of England. It was like someone had taken all the beautiful things about the countryside where we lived, just west of London, and put them under a magnifying glass: the hills were steeper, the hairpin turns sharper, the green pastures somehow more alive.

As we turned off the highway and on to a single-track road, I began to wonder if we were lost. I had seen signs for Barnstaple, the closest town, but surely these roads weren’t meant for cars? They were lined with either high hedges or even higher banks. In some areas water ran through the road, small streams created by recent rains. We passed no other cars. Every few hundred yards a small space existed along the road where we pulled over and let the occasional tractor pass.

Then a narrow gap with a small sign: Ovis Farm.

We drove back the long, muddy lane and parked between a farmhouse and a converted barn. My brother-in-law Ben came out smiling, followed by my sister, Shar.

This was it. This was House of the Heroes.

Ben and Shar’s dream had always been to have a place to take the homeless men they met on the streets in London. Finally they had found a place. I couldn’t wait to look around.

We walked slowly into the kitchen – the table was surrounded by rough looking guys wearing ill-fitting clothes. Some looked so angry, I wondered if they were plotting the most painful way to tear me limb from limb. Others just looked sad, removed, as if they were caught in the midst of a painful dream from which they had no hope of waking.

But there were two men there that immediately caught my attention. 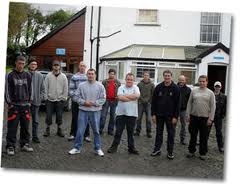 John was short, built like a bull. He looked to be in his late forties, although guessing those guys’ ages was always a losing proposition. He had a boxer’s nose and deep-set, solemn eyes. His smile looked like it had to fight its way through a broken jaw and more disappointment than I could ever imagine, but it still emerged. He smiled. A lot.

At dinner that night he ate as if he had never eaten before – the volume, the speed, the appreciation with which he threw that food down, it all gave witness to something that Ben told me later.

“He’s only been clean a few weeks now. We keep him busy with farm work, and he loves to eat. Keeps his mind off things.”

There was another, younger man sitting at the table. His name was Graeme. His hair was as black as those Barnstaple nights. He had a few missing teeth and dark purple rings around his eyes. When he smiled, he looked like a seven year-old boy; when he wasn’t smiling, he looked like a caged wolf.

Graeme followed John around the way a new puppy trails behind the old dog. Nipping at his heels. Yapping in his ear. Playful attempts to receive some sort of affection he never had before.

These men would eventually become our friends. Ben and Shar were always closer to them than Maile and I, but John sent me a few letters. They both sent pictures of themselves learning to roll soft pretzels. We hoped that, someday, when they had taken time to recover, perhaps they could manage or work at one of our stores in London.

But sometimes we cannot escape from the old things in life. Sometimes the past has a long reach.

5 Replies to “The Boxer and the Caged Wolf”