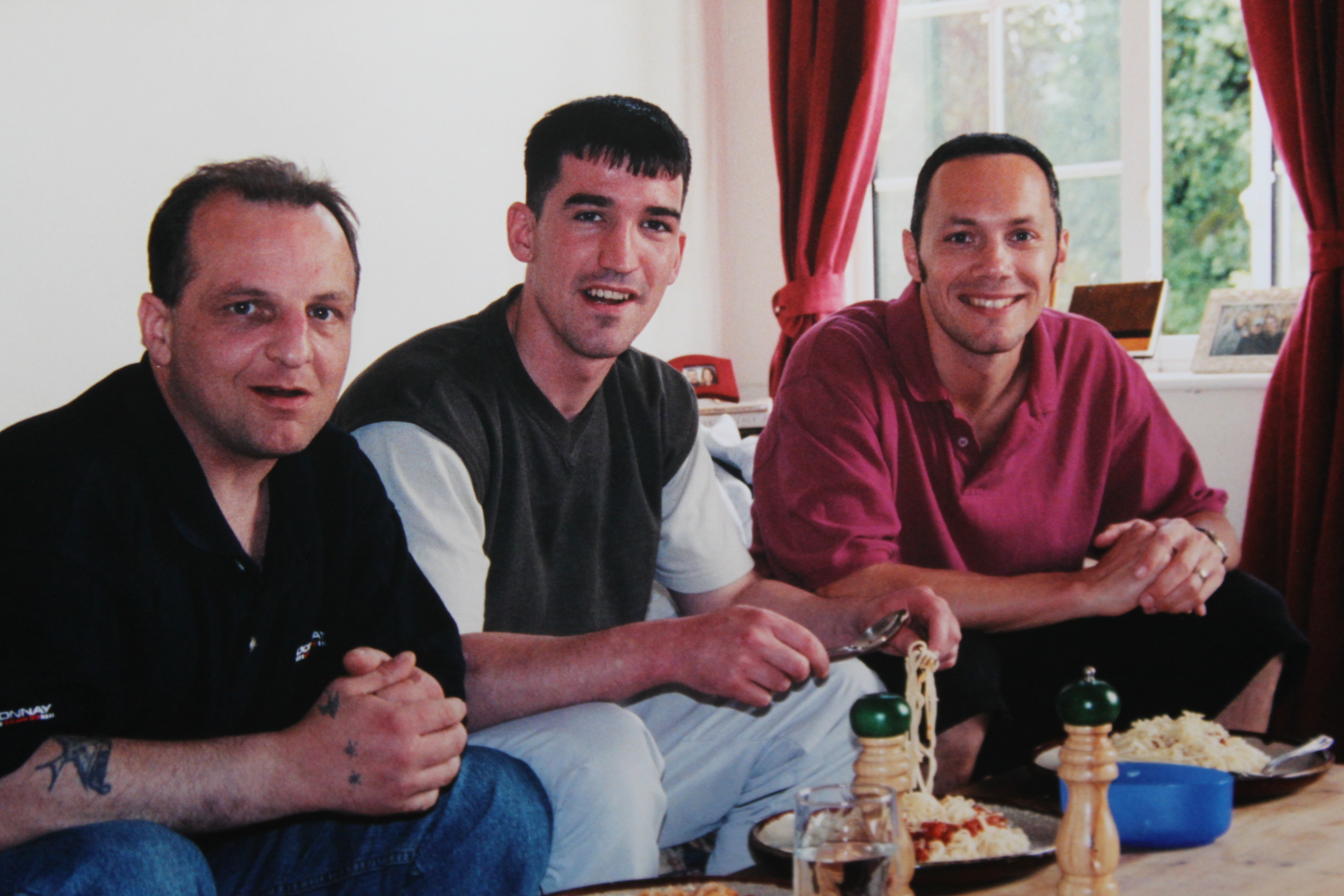 The next day we hiked down to the creek: Ben, John, Graeme and I. The descent into the valley was sheer, steep, and we clung to small trees as we slid into the field below. Once there we followed a winding path on high ground – that time of year the entire meadow was nearly under water, practically a bog. On the rocky banks of the stream we cast old lines, looked for fish in the still pools, then skipped rocks when we didn’t catch anything.

A few weeks later, long after Maile and I had returned to our house outside of London, I wrote a letter to John. I guess I wanted to somehow encourage him to keep on the straight and narrow, not to let his old life destroy him.

He wrote me back in a large, loping script. Now that I have kids, I recognize it as the handwriting of someone who is only learning to write, or perhaps hasn’t done much of it for a very long time.

John thanked me for writing. He was surprised and happy to discover that Shawn and John are actually the same name, just with different origins. He told me how excited he was to have started a new life, and how he wanted to help other guys in his situation.

John was dead. The circumstances were questionable. He had died of a heart attack – we didn’t know if he had overdosed or if his heart had just given out after years of misuse and brokenness.

Not long after that, more bad news.

The pull of Graeme’s old lifestyle, the influence of his old friends, proved irresistible. He had left Ovis Farm, gotten back into trouble. The social workers were looking for him. The constable was looking for him. Then, one day, while running from police, he darted out into the road. He was struck by a car, and killed. He was only in his twenties, and his girlfriend was about to have his baby.

There’s a war waging right now for people’s lives. For some it’s trying to stay clean one more day. For others it’s that whisper telling them the time has come to end it all. For all of us, it involves choices. This or that. Life or death.

I guarantee you one thing: this struggle is so much bigger than the paltry little contests on the gridiron or the ball diamond that grip our attention. So much more hangs in the balance than a trophy or a title. Lives. Real lives. Why do we pay so much attention to entertainment, and so little to the contests that really matter?

There’s so much to do. I feel like I do so little.

“To preserve a man alive in the midst of so many chances and hostilities, is as great a miracle as to create him.”  ~Jeremy Taylor

To read part one of this story, go here: The Boxer and the Caged Wolf