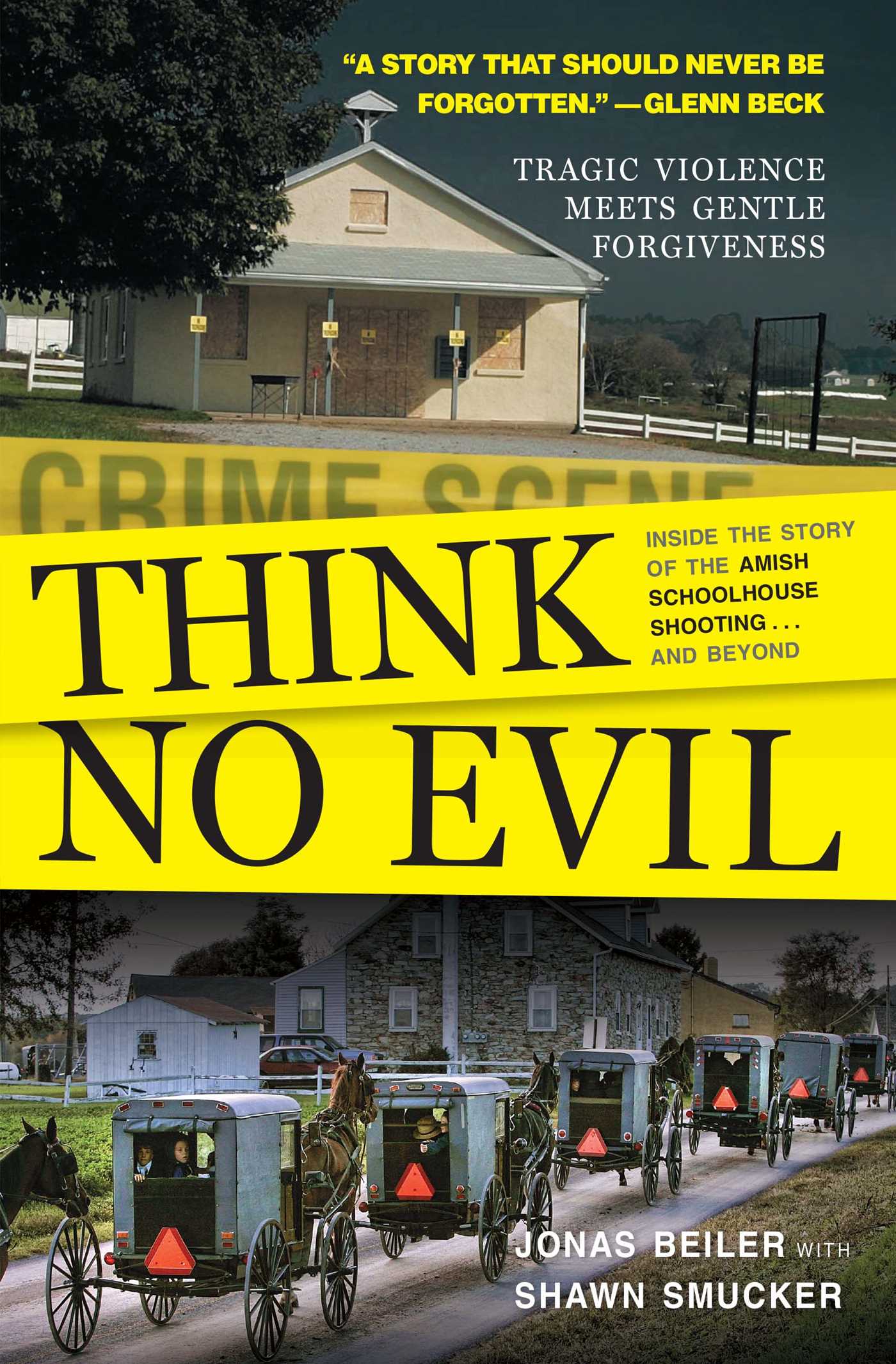 An insider’s look into the events surrounding the Nickel Mines Amish schoolhouse shootings—told by the counselor who was called upon to come to the farmhouse where the families met on that fateful day.

On October 2, 2006, Charles Roberts, a local milk-tank truck driver, bound and shot ten young girls in an Amish schoolhouse before committing suicide. Five girls died. Five others were severely injured and left in critical condition. In the aftermath of the massacre, the Amish community shunned the media. But they requested that Amish raised counselor Jonas Beiler come to the scene to offer his moral and spiritual support.

In Think No Evil, Beiler offers his first-person account of the events, as well as of those who were closest to the scene: the surviving children, the volunteer fireman Rob Beiler, the local counseling center director Brad Aldricha, and Vietta Zook, aboard the first ambulance to arrive. Beiler poignantly describes the Amish families’ responses to this horrific violence as they reached out to the shocked family members of the killer, offering unconditional forgiveness.