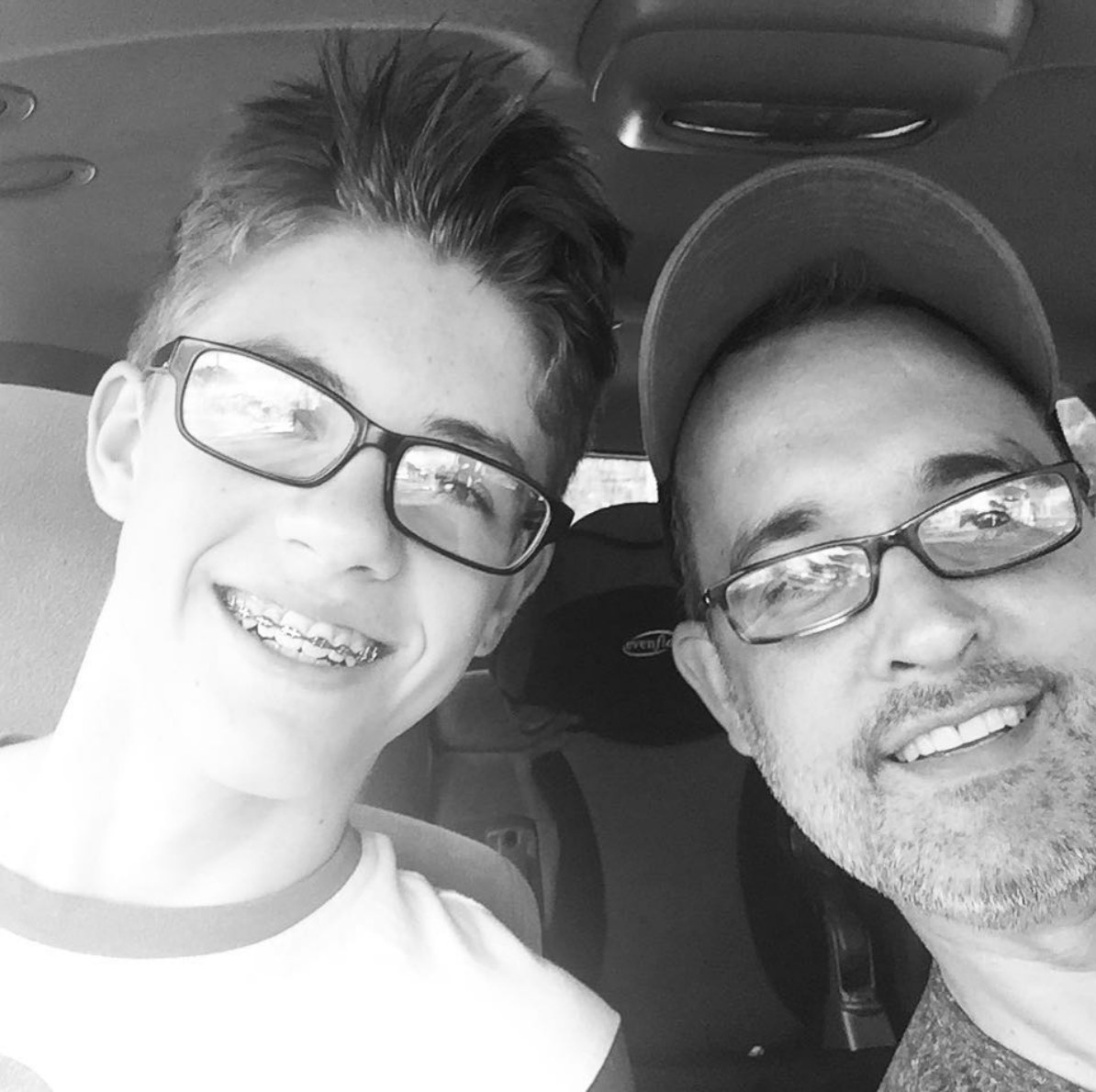 The older I get, the more I’m beginning to realize that most days, most moments, fade out of memory. The other day, Maile and I were talking about a vacation we went on eight or nine years ago and for the life of us couldn’t remember the other family we met up with at a museum. We know someone else was there with us; we simply can’t remember who. That’s a strange thing.

But there are also a handful of days, a group of moments, that fade very little as time passes, days that I have run over and over again in my mind so that the track is deep. One of these days is June 21, 2003.

When we woke up that morning, Maile was still pregnant, nine days overdue, and she still didn’t feel like she was going to have the baby. The previous day, we had eaten super-spicy curry from the local village and took a long walk through the English countryside. Still, nothing. We were all pretty discouraged, but later that morning, things started happening. Contractions started coming. They became more and more intense. I kept track of them on a sheet of paper, and as they got stronger, we went out into our small English garden and walked out into the tall grass, along the hedge, under the tree, and back to the house again. The sheep were in the neighboring meadow, bleating their normal morning conversations.

Because this was Maile’s first baby, we didn’t know when exactly to go to the hospital, so once the contractions were suitably difficult, we headed over. Maile’s mom was with us, and on that first drive to the hospital, she sat behind Maile in the car, braiding her hair. Maile practiced her breathing exercises. We got to the hospital, they checked Maile, and smiled kindly. You can go home, they told us. You’re not far enough along. It was said in the British equivalent to the southern statement, “Bless your heart.”

The second trip to the hospital took place three or four hours later and looked much different. There was no braiding of the hair. There were no gentle breathing exercises. Maile’s feet were up on the dash and she was nearly shouting through each contraction. There was panic and fear and courage in her eyes. After pushing for 2 1/2 hours, a little body emerged.

“It’s a boy,” I said, tears in my eyes. Maile was so tired. The midwife slid him up onto her chest, and there he was, our first.

I was 26 years old. I felt very unqualified. I was surprised when, the next day, we were allowed to leave with a new little human, just like that.

Fifteen years have come and gone, and there’s no way to describe their passing. They just come and go. There’s no slowing the years down when you want, and no speeding through the hard times – if anything, they seem to do the opposite. Years and months and weeks and days have a mind of their own, and there’s no use trying to hold onto them.

But we can hold tighter to the people we love, not in a way that suffocates them, but in a way that lets them know we love them, we trust them, and we will be there for them through the passing of all this time, no matter what. I’m learning how to do this with my children. I’ve not yet attained it, but I’m getting there.

For his birthday this year he asked for money to buy books. We must be doing something right.