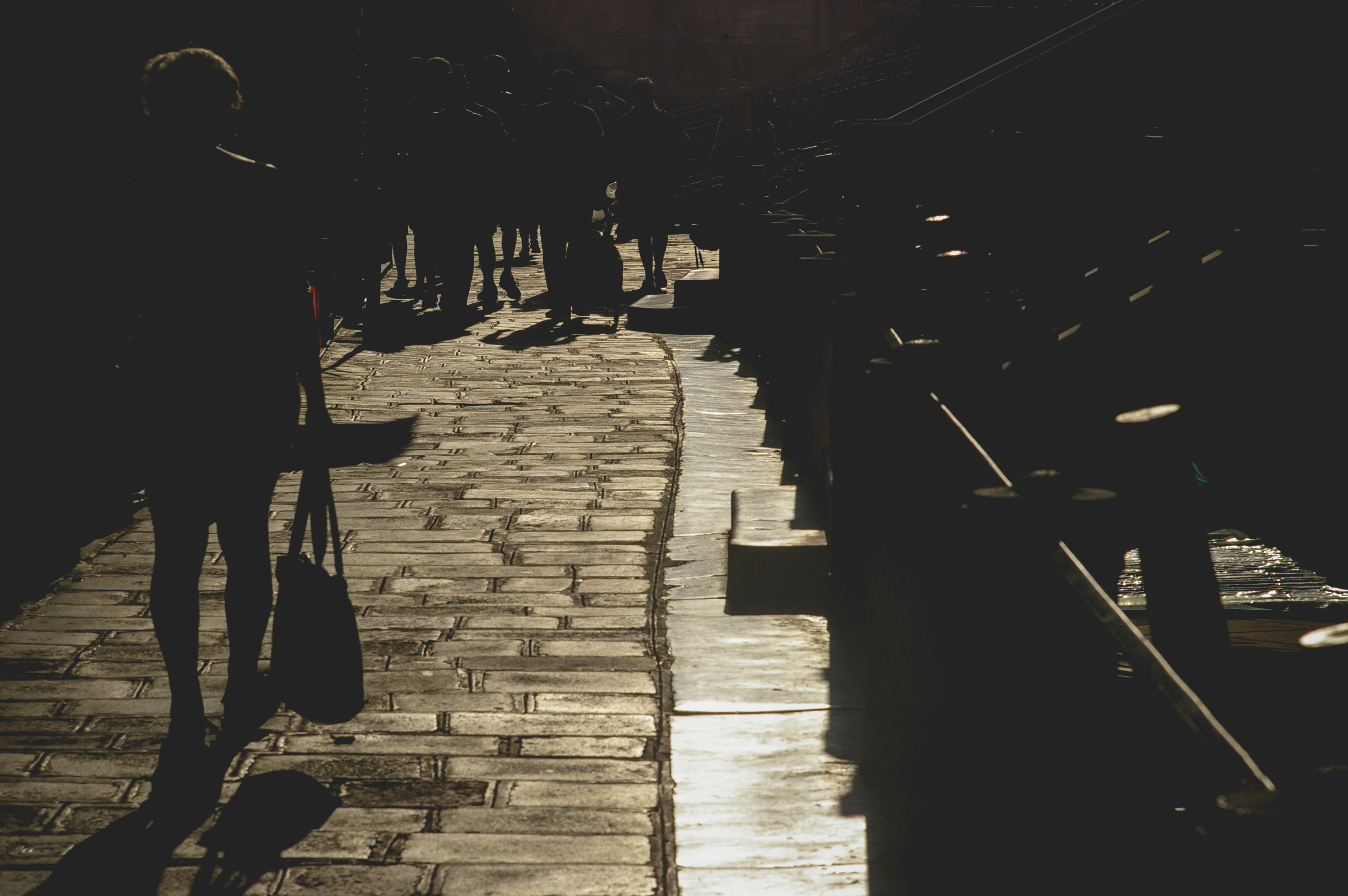 I picked them up in front of a nondescript science center, the name of which I can no longer remember. The mom was impatient and tired. The little guy, maybe eight years old, was only tired. They didn’t crawl into the backseat so much as melt into it, the mom immediately staring vacantly out her window, her son sighing and leaning in against her.

Small droplets of rain ticked against the windshield and the wipers streaked them into long arcing curves of white and red light. We were in Center City Philadelphia, everything glass and money and Friday night action. Couples dashed from this bar to that while groups of college kids swarmed the sidewalks. But these two had a different destination: southwest Philadelphia, deep in the grid.

We made the trek through the lights and the shadows, turning this way and that, the louder bumps snapping the little boy’s head forward or side to side, but he was asleep. His mother sat quietly, never turned her gaze from the window. At first, when there were streetlights every so many feet, the light flashed against her rich, dark skin and measured the distance we traveled, counted off the speed. But in the southwest it was darker, with fewer lights, and the shadows shifted as we drove through them, like underwater currents.

I pulled onto her street and slowly crawled its length. Even in the rain, even late at night, it was busy. The neighborhood kids were out on the sidewalks, standing around, straddling their bikes, and their parents shouted to each other, gathered in small huddles, stared at us as we crept past, their heads turning slowly on a swivel, suspicious of this strange car. I stopped. She opened her door. She tapped the boy on his shoulder and he leaned his way after her. I don’t think he ever opened his eyes. She led him through the people, through the shouting, through all of that late-night commotion to a small porch without a light. She unlocked the door. They vanished inside.

This was two weeks ago, but it wasn’t until tonight, when I sat down to type this out, that I realized she hadn’t said a word the entire drive.

One Reply to “The Woman Who Never Said a Word #RideshareConfessional”