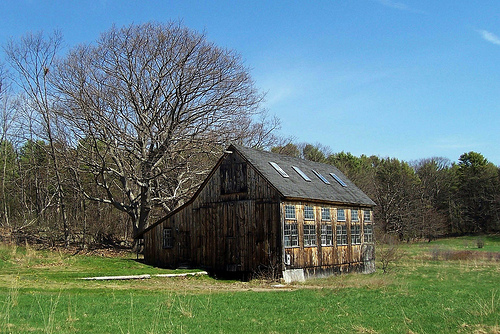 Today I’ve written a short piece of fiction. If you can hang in there until the end, you’ll see that it goes along with last week’s piece (which if you missed, you might want to read first by clicking HERE).

Virgil was one of those small cities that felt both bright and dark. Light and heavy. On a Friday afternoon you might see a pleasant family of four walking along the cracked sidwalks, licking ice cream and smiling. Later that night you might see a shadowy figure slip into a side alley leaving a trail of blood like a scuff of red chalk on a blackboard. You just never knew.

Manny Maude would go looking for the darker side of Virgil, later that summer. Not many did that. Most who went into Virgil were content to catch only the light that reflected off the thin veneer, the lightness. But Manny would have his reasons for going. He had lost something that meant a great deal to him, and when you lose something, where do you look? In the dark spaces in between.

But that comes later.

If you traveled east on Route 29 out of Virgil, you’d have this feeling that the city was floating away, being replaced by mostly cornfields and ramshackle farms owned by farmers waiting to be bought out by the next big warehouse owner. There wasn’t any money in farming, at least not around Virgil, and all the sons of the farmers had left a long time ago. Some became truckers and others got blue collar jobs in the city and a few even went to college, although that much learning was cause for concern.

The only people left were the farmers slowly retreating before the thickets and weeds and wild raspberries. They plowed less land every year, and their wives died of heartache, and so the farmers were left rocking on their porches, looking out over their crumbling domains, reminiscing, or humming the old hymns to themselves, the slow ones about There is a River We Shall Cross Over and Oh, the Blood of Jesus.

If you kept driving east through that farmland for about forty miles, until even the farms started thinning out, replaced by small groves of trees and large, abandoned estates with rotting outbuildings, you’d drive up over two steep hills. In the hollow between the hills, that’s where 15-year-old Steve Borders crashed his father’s Mustang at three in the morning. He might have survived the wreck, except his girlfriend Ginnie Maude had screamed right before they made impact with the deer. Her scream had startled him more than the deer itself, so instead of hitting the deer head on and totalling the car (but walking away), he swerved off the road and slammed into a telephone pole that had just been put up the day before.

Ginnie Maude survived, even though she lost most of her right ear and bled like a spigot left on. She ended up working at Fran’s Diner the rest of her life, right there where 29 hits 82, what the locals call the North-South Highway. She fried up burgers or eggs and sometimes she took orders at the bar, but she never wrote anything down. Her memory was exquisite. There was a trucker named Eric Shaw who came through on a regular basis, and she slept with him from time to time, because she was lonely and because she never quite got over the loss of Steve. The locals didn’t approve of this arrangement, and neither did her grandfather, but sometimes folks get to a place in life where it doesn’t matter what people think.

Ginny’s grandfather, Manny Maude, was a farmer in those parts, and just about the time Ginnie got pregnant her grandfather signed over his farm to the great Trek and Banks Corp. They manufactured the plastic interiors of cars and were looking to expand. The owner of Trek and Banks had grown up in the city of Virgil – there was something of the shadow about him – and he had his eyes on Manny’s farm, right there at the corner of 29 and 82, an ideal place for shipping goods all over the country.

Manny had held out for at least ten years, but the money became too good to walk away from, his wife had died a long time ago, and he had no reason to keep the farm which, let’s be honest, was looking more like a forsaken wilderness than any kind of productive land. Manny’s son, Ginny’s father, had moved away a long time ago, and he showed no interest in the family farm. In fact, Manny hadn’t heard from him in years.

Manny Maude, having sold his farm, was a millionaire, and he had never been so depressed in his life.

After Manny sold the farm, his days settled into a routine, but to call it a routine wouldn’t be doing it justice. It was a rock solid schedule, interrupted by nothing, changed for nothing.

He woke up at 5:43am, even though he had set his alarm for 5:45. He put on the coffee, then went and took a quick shower, got dressed, brushed his teeth, and, with the aid of his cane, hobbled back out to the kitchen and poured himself a cup of coffee which he drank while he fried up two eggs, over easy, and two strips of fatty bacon. He poured himself a second cup of coffee which he drank while eating his bacon and eggs, sitting by the window, staring at the beams and concrete slabs which had been put in place for the new Trek and Banks warehouse. When completed, the warehouse would sit less than fifty yards from his house and completely block his view of the distant hills.

He put his dishes in the sink, then went out on his front porch where he sat in his rocking chair and watched the sun come up. The workers arrived. The tractors and the bulldozers and the cranes roared to life. He daydreamed every morning about how it would feel if the foreman would come over, carrying a thick stack of paperwork, and ask him to please sign these, they were aborting the project and the land was his again. But that never happened.

That’s not entirely true. It did happen once, in a dream, and a little girl, only a toddler, came walking out of the largest warehouse. She had a tiny little parasol over her shoulder and walked with one hand behind her back. He couldn’t tell if she was being prim and proper or if she was hiding something. She walked slowly through the haze of his dream, slowly over the crumbled ground and the sad fields. She walked slowly, and just when she got to him, he realized she had the paperwork behind her back, paperwork that would make the property his again, which was silly for more reasons than one, but mostly because of how small she was.

Then he woke up.

After he sat in the rocking chair and watched the sun come up, he walked out to one of the small outbuildings where he had started his new hobby: drawing. He had purchased a drafting desk, one that had a slanted top, and had placed it right up against a small window in the upper floor of the shed that faced the construction site. But when he was drawing, he never even looked up.

On that particular morning he was staring down the barrel of his 84th birthday, he pondered the drawing in front of him, one he had been working on for weeks. It was a picture of that little girl, and he couldn’t quite get the eyes right. Over her left shoulder she held a parasol, and he was just finishing her other arm, right where her hand vanished behind her back.

That drawing had seemed to take on a life of its own. The longer he worked on it, the more real she seemed, as if she had a story, as if her history was hidden somewhere there in that farmland forty miles outside of Virgil. As if she might actually be able to give him back his farm.

On that morning he looked at the picture, and he wondered to himself,

Now what in the world is she holding behind her back?

8 Replies to “The Man Behind the Drawing”