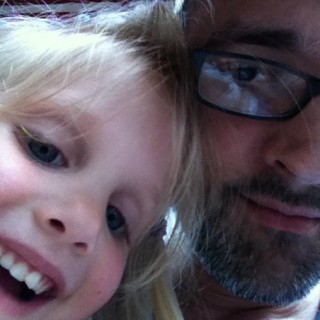 It’s a smaller world now. We drive 10,000 miles in four months. We devour states the way my childhood self inhaled birthday cake. We breath in the miles and exhale them before ever really catching their scent, before ever really tasting the dust. The grit of every city coats our teeth, but we clean it from our mouths with the water of movement, of speed, of change.

The road we followed north from Ft. Worth to Tulsa stretched out in front of us. I wondered about the distance – we crossed that expanse in hours. Felt like minutes. Somehow it seemed like we were cheating, skipping through such demanding terrain without a second thought. Before the land was settled, it would have taken days. Weeks.

Or perhaps a lifetime. Perhaps the distance seemed so great back then that most people never left. Most people stayed. It wasn’t only their hometown – it was their world, their galaxy, their universe. Nothing existed outside of those rolling hills, the endless miles of trees, the sky that threatened to engulf everything.

On Tuesday night Maile and I sat on the front porch with a good friend, talking about books and children and moving. We drank red wine. Her neighbor saw us and came over, pulled up a chair. The neighborhood kids ran through the falling dusk, playing tag in a whirling cloud around us, like moths flitting around a porch light.

Sam and Abra ran senseless through the yard – they did not understand the rules. They simply ran because everyone else ran. Sam raised his hand in defiance, shouted a barbarian shout, took a swing at passing kids with a foam sword. Abra laughed and laughed, even as her eyes swelled with allergies. Then she came over and leaned her head on my leg, and I cleaned her face gently with a wet paper towel.

Lucy, quiet Lucy, ducked her chin down towards her sternum and took six brave steps to the tree that was base. A few of the girls explained the rules in matter-of-fact tones, as if Lucy was no stranger to them. She leaned towards the tree, put her hand on it as if it was a holy icon, her deliverance.

I found Cade in the bedroom playing with marbles. He needed some coaxing, but soon he galloped through the Ft. Worth night with the other kids, shouting to his new-found friends.

And us four adults, we drank in the night – the shouting, the shadows – long after our glasses were empty.

It’s a smaller world now. A world where children from Pennsylvania can play hide-and-seek in Austin one day, then freeze tag in Dallas the next, then soccer in a Tulsa field a few days later. A world where I can give my last quarter to a man in New Orleans, then a few days later have my life changed by a Vietnam Vet struggling in a hospital bed in San Antonio.

We devour the states as we pass through them. We gorge ourselves on miles traveled. But I hope I never take these stories for granted, the stories of real life people. The woman and her child begging in the French Quarter. The voodoo man with animal bones tied around his neck. The patient I could not touch with bare skin.

We should never wash the taste of them away.