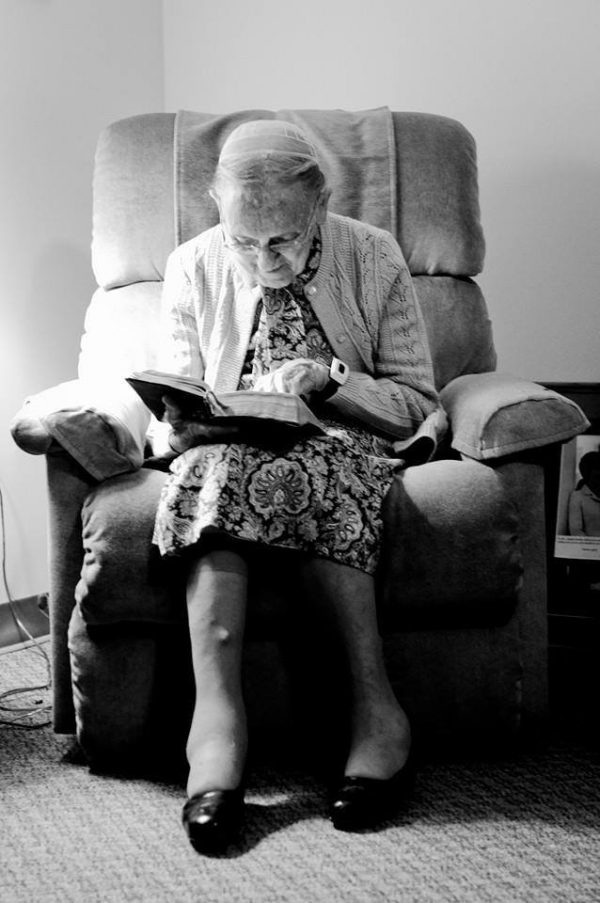 Two years ago this week, my grandmother died. I will always remember her for her fierce love. Literally. She was a cheek-pinching, chest-thumping, chin-grabbing, back-patting, full-on hugger who refused to give any of her grandchildren a kiss unless it was smack on the mouth. But when I say she loved in a fierce way, I’m not talking primarily about a physical characteristic. This fierce love emanated from her like energy. Her eyes flashed with happiness every single time she saw me, and she would laugh with happiness.

“Well, Shawny, Shawny,” she’d say, chuckling to herself, as if she had thought she would never see me again, but look, there I was, a miracle.

Maile and I lived in England from 2001 to 2005, and during our visits back, whenever we saw her, she was intent on monopolizing us. She wanted to know everything about England, what we were doing there, what it was like in that faraway place. And she’d shake her head in awe the entire time we talked, amazed at how small the world had grown. Sometimes, during her last weeks on earth, she thought we still lived there, and she’d ask me about it.

“We don’t live in England anymore, Grandma,” I’d say, and she’d squeeze my hand as if she needed my physical presence to reassure her that my words were true.

She was very concerned about us when we went on our four-month cross-country trip. Once we returned, she asked over and over again what states we had visited. She wanted to hear about how we lost our brakes, and she’d hold her hand over her mouth in horror. When I finished the story for the tenth time, she sighed with relief, as if it might have ended some other way that time. Perhaps we had actually plummeted over the side of the Tetons. She was relieved that wasn’t the case.

But the thing I will always remember the most about my Grandma is the way the family came together during her last week on earth. The hospice nurse said she wouldn’t be with us for much longer, so we came in from all corners of the world to my aunt’s house where Grandma sat in her old armchair having whispered conversations with people, one or two at a time. In the evenings, when everyone could be there, we sat around and sang old hymns she requested, and she patted her hand on the side of her old chair, still keeping rhythm.

Many of us spent those nights there at my aunt’s house waiting for her to pass. We slept on the floor and on couches and in the spare rooms, and sometimes, if those who watched at her bedside thought she was passing, we’d gather around her and sing quietly. But she would pull through, and for a while it seemed that she would never die, that perhaps we had already entered heaven. After all, we were laughing together and eating together and spending time with those we loved the most, and we were singing together, and time had become irrelevant.

But eventually she passed, surrounded by a living legacy of artists and business people, writers and pastors, teachers and mothers. She was 92 years old, and if I can live a life as full as hers, I will be a lucky man indeed.