After parenting for fifteen years, Maile and I still have two kids in the house who have a strict bedtime–that would be the youngest two. Cade and Lucy, our oldest, are mostly allowed to wander the house or read until later in the evening. Abra and Sam know there’s a general expectation of being in bed by 8:00pm, but they are sometimes out at various activities in the evening, so it’s flexible. Leo and Poppy, however, have a strict 7:00pm-be-in-bed-or-one-or-both-parents’-brains-will-explode bedtime. They are dear, adorable, lovely children, but by about 6pm something happens, and they transform into drooping forms that can only communicate in sirens and whines.

What does their bedtime consist of? We start with the brushing of the teeth. Poppy has a blinking toothbrush that is supposed to tell you how long to brush, but it turns out it just fills her with anxiety, knowing it will stop blinking at any moment. Leo has one of those electric toothbrushes, the kind that spin. He insists on applying his own toothpaste, even though he doesn’t yet have the manual dexterity to apply an appropriate amount. Sometimes he tries to apply it while it’s spinning. That’s fun.

After that, we change Poppy’s diaper while Leo uses the restroom, because if he doesn’t, there is a better-than-50% chance he’ll wet the bed. From there, we move into the getting-into-pajamas mode. Poppy has developed a slight phobia for pulling shirts over her head, but we’re almost through that phase. Leo likes to pick out his own pajamas.

After all conditions are perfect, and Poppy is holding her fistful of pacifiers, we move into the part of the evening with the highest stakes: the choosing of the books. Right now we’re in the middle of Charlotte’s Web, so the choice part is out of the equation. Which is kind of nice, because I’m not always satisfied with their choices.

When they do have a choice, things get interesting. During the childhoods of the first four children, we have amassed a rather impressive library of children’s books. Where the Wild Things Are, The Cat in the Hat, Guess How Much I Love You… The list goes on and on and on. Yet, these youngest two children continually choose the most boring, insidious books that we own. Such as the Cars 2 book, from the movie, that has something to search for and find on each mind-numbing page. Or the board book that has various trucks in it, where each page has a handful of flaps to pull open and read. They usually fight over who gets to open the flaps. 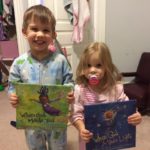 Can I tell you what brings me great joy as a parent? When my children come to their senses and come toddling over to me holding one of Matthew Paul Turner’s beautiful books. Seriously. His first two, When God Made You and When God Made Light, are beautifully written and illustrated. They are two of my absolute favorites.

And today my friend releases a third book, When I Pray For You. He somehow manages to write with a depth and a simplicity that attracts both children and adults. His verse is impeccable. The way he plays with words is a true delight.

If you’re looking for a book for a child, or a young friend, or a gift for a baby shower, these books, full of life-giving words, would be perfect. Check out his new release today. 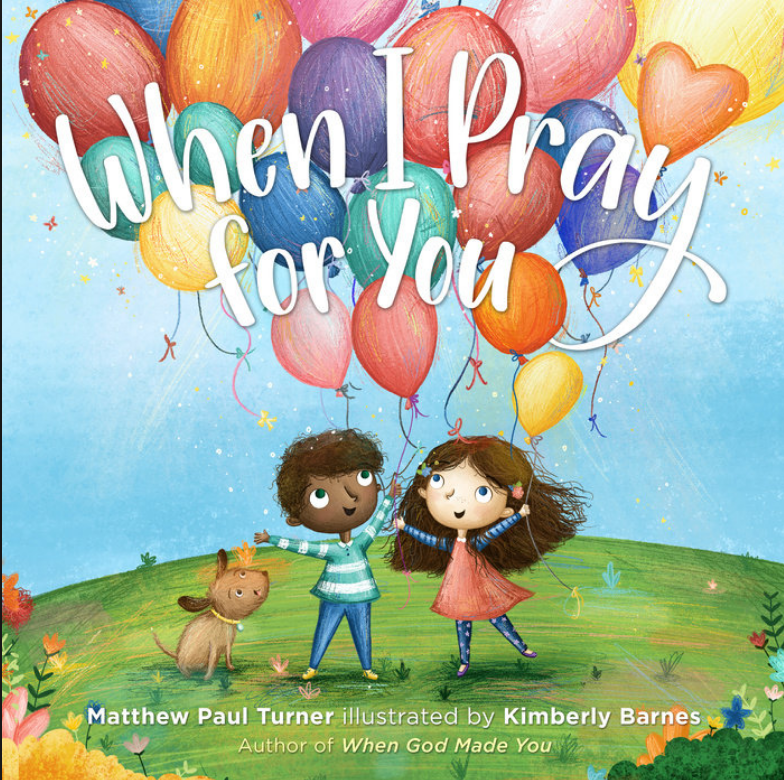