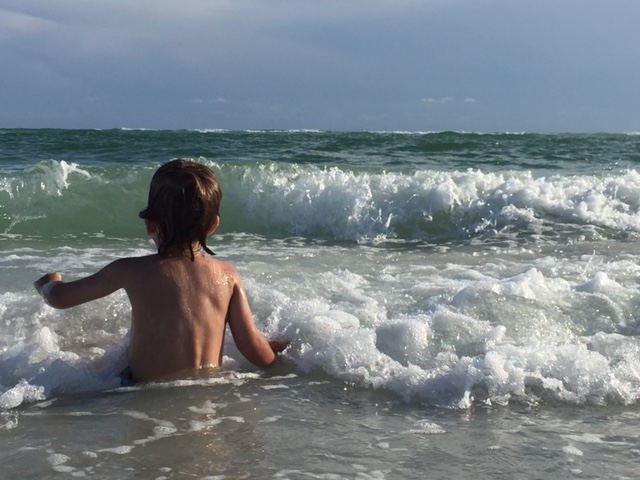 The hotel room is dark. Maile is asleep in the bed beside me. A short line of white light shines under the door on the other side of the room. The yellow street lights glow between the blinds. The air conditioner hums, and the room smells the way hotel rooms normally do: muffled, reused, artificially clean.

Maile and I spent the evening of Father’s Day at a restaurant, catching up on the things we rarely find time to talk about when our six children are around. We laughed. We gave each other parenting pep talks. We visited a bookstore and meandered through the aisles, picking up books, considering them, putting them down. Look at this one, we said. Read the back of this. Books have always been our love language. I bought two because buying books is my loveliest addiction.

We came back to the hotel, watched a movie, watched another. We held hands. She fell asleep. Now it’s just me awake, the day nearly done.

It’s been almost a month since I’ve been around these blogging parts. I’ve had to put the blog on the back burner, now that I’m finishing a manuscript, promoting The Edge of Over There, getting ready to spread the word about Once We Were Strangers. (You can preorder both of those by the way, and if you do I’ll love you forever.) But I miss blogging. I miss the casual nature of this place, the day-to-day sharing. I miss hearing from you.

Writing novels is what I have always wanted to do, and now I’m doing it, and it’s nothing like what I thought it would be. Maybe I’ll talk about that sometime, but not tonight. I’m too tired. Tonight, I want to tell you about a phone call we got while we were coming back to the hotel.

Maile talked to her mom and she told us Leo was learning to swim. Our brown-eyed, curly-haired boy had taken off his floaties and learned to stay above water on his own. It wasn’t that long ago he was scared of it all, sitting at the edge of the pool and kicking his feet. But now he’s jumping in, doggy-paddling his little heart out, lifting his chin and grinning and spitting out water. Clinging to the side, yes, but ready and willing to head back out.

A few weeks ago, we were at the Gulf of Mexico, and for the first few hours, he ran from the waves. He scampered along the shore, running in long arcs as the waves stretched up towards dry sand. He’d follow them back down, then turn and dart for safety when the next wave came.

But over the next few days, he found his courage, standing in the water as the undertow pulled the sand over his feet. He started wading in a little further, jumping up over the foam. By the end, he was sitting in the gulf, letting the waves crash into him.

Leo the lion had found his way, and the thing that once terrified him became the source of his enjoyment.

I confess: I am sometimes terrified of the vulnerability of publishing books. I am afraid the waves of writing will wash me away, carry me under. I am scared of what people will think, what I might think years from now when I read back on my first, early efforts. I wonder if I can keep doing this for years and years, even if I never have a bestseller, even if I go on being me and only me. As if being me-and-only-me is something to avoid, or overcome.

But I watch Leo, and he helps me find my courage. If a 3-year-old boy can face down the entire Gulf of Mexico and smile as the waves crash over him, I can write my best book and laugh at the waves that come, whatever they might bring.