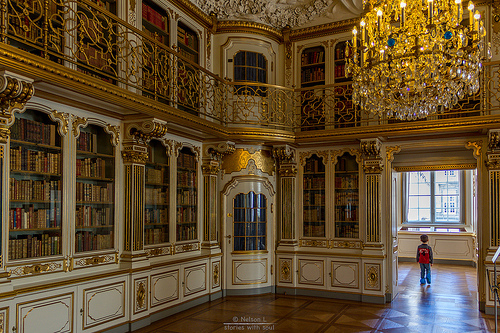 I was feeling particular moved after the processional hymn on Sunday morning. Leo was in the nursery, the other four had gone off to children’s chapel with Maile (she was teaching the older kids), and I was alone in the pew, invisible on the other side of a mountainous pile of winter coats. It was a gray, rainy morning, we had been running late to church, and a busy day awaited us: I think that initial moment of stillness and beauty just about knocked me over.

When Father David spoke prior to the prayer of confession and forgiveness, he prayed against the racism in all of us, the structures that promote poverty, and the ways that each of us contribute to the inequalities and injustices in the world. He prayed for our congregation, our city, and our nation.

It’s a sobering thought, when you consider just how far we have to go, when you think about how many idiots there are in the world who seem determined to bring about discord. And then I realize, as I pray the confession, that in small ways and large, I am occasionally one of those idiots.

Most merciful God…have mercy on us…

Many times (most times? all the time?) this discord starts inside of us.

We are surrounded by voices telling us who to be and what to do and how to live.

There’s a story of a boy named Samuel who had been dedicated to the service of the Lord. He slept somewhere in the temple, which is both a strange and comforting thought – sleeping in the church. I picture my 11-year-old son, grabbing a blanket, sleeping on the padded pews somewhere in the middle, somewhere he wouldn’t be afraid. In the middle of the night this boy Samuel heard someone calling his name. A voice. Just another voice.

He thought the old priest Eli was calling for him, so he ran to see what he wanted.

So what does he do? He runs to Eli for a third time.

Powerful words, those: For you have called me.

At church on Sunday morning, Father David said something I had never thought of before – how often we think our calling is coming from a place it is not! How often we go running to the wrong source to find out who to be and what to do and how to live.

Here I am, we say to our spouses. Tell me who to be.

Here I am, we say to our friends. What do you think I should do?

Here I am, we say to our culture. Show me how to live.

We are lonely and frightened children, sleeping in unfamiliar places, and we run through the dark, looking for the person who called us. But our calling can never be defined by another person. It can certainly be encouraged. There are good voices around us, no doubt, voices of affirmation and kindness, voices that guide us.But a voice that can clearly articulate each of our individual callings?

Eli caught on to what was happening.

“Go, lie down; and if he calls you, you shall say, “Speak, LORD, for your servant is listening.”

Maybe this all sounds like blah blah blah but here’s why it’s so important to not let the voices around you dictate your calling. And it all comes back to the Steinbeck quote at the top of this post.

That is the true test of your calling – you will do it even when you cannot see what could possibly come of it. You will write the book even when you have no publisher and no audience. You will start the nonprofit without funding. Maybe it means starting a business you’re unsure of, or doing something different with your children’s schooling, or embracing your singleness in a new way. Maybe it means spending more time playing music or recording a podcast or starting a blog. Maybe it means going to a new church or committing to your existing church in the midst of trials. Your true calling will probably look ludicrous to most people, but if it’s your calling, so you’ll do it anyway.

I feel that way about the fiction that I write – even if nothing emerges from it, I will do it. Why? I have no idea, other than it feels like something I was created to do. And when we shout I will do it anyway! No matter what comes of it! all the other voices grow suddenly silent.

Is there anything you feel that strongly about, that you would continue to do even if the results are not what others would consider worth it?

If you don’t know your calling, are you listening to the right voice? Or are you running to the wrong people, the wrong sources, and asking them to speak into your life?

Be careful to whom you say the words, “Here I am, for you have called me.”

[Thanks to Ally Vesterfelt for reminding me of that Steinbeck quote, and thanks to Jamin Goggin and Ed Cyzewski for contributing to these thoughts on calling, and thanks to Father David for a Sunday sermon that got me thinking.]