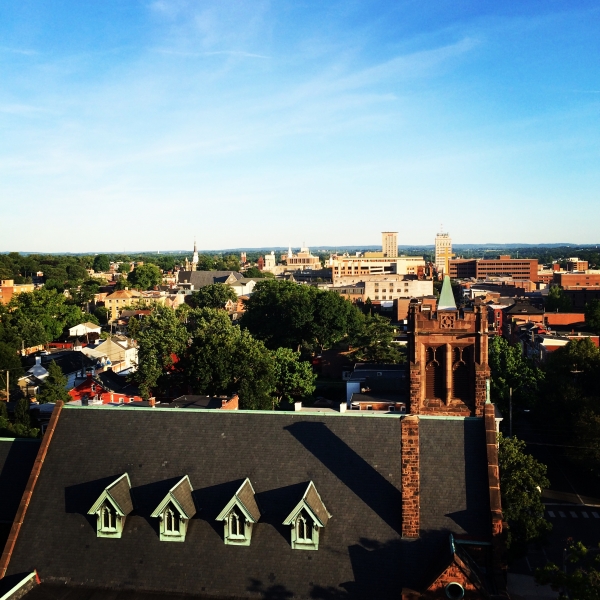 “But I’m ready to go home,” the man said on the other side of the curtain. “You said I could go home today.”

“That’s not true,” the nurse said in a whimsical voice, as if she was play-acting with a child. “No one said you can go home today.”

“But it is true!” the man insisted. “The male nurse with the handlebar mustache told me I could, as long as I went to the bathroom and ate my Jello.”

The nurse gave the man a tsk tsk tsk and sighed.

“We’ve had this discussion before – there are no male nurses on this floor, and none in the building with a handlebar mustache.”

That seemed to shut my roommate up, at least for the time being. We had shared a room ever since I had arrived, and he rarely stopped talking, even in his sleep. I hadn’t gotten a very good look at him though. At first I was in such rough shape that I didn’t know what was going on around me, and more recently, if I toddled past him on my way to the bathroom at night, he was usually completely under the covers, like a covered corpse. During the day he kept the curtain pulled all the way around his section of the room. But whenever he spoke I thought his voice sounded familiar, and I found myself spending more and more time trying to find him in my memory.

The hospital room was split in half by a thin curtain that didn’t quite reach the ground, and the bottom of the curtain was some kind of tan material while the upper half was mesh to let the light through. My bed was on the side of the room with all the windows, but I kept the shades drawn. After three weeks in the hospital, the light still hurt my eyes, but after I had gained some mobility and was able to push myself along on my walker, I’d slide over to the huge windows during sunrise or sunset, dragging my IV cart along with me, and look out over the city from my 8th floor hospital room.

I couldn’t see my own street, where the car had hit me, but I could see the roof of my house. I had never realized Virgil was such a green city – most of the streets lay hidden under a canopy of trees. Everywhere, that is, except just south of my house, in the center-of-the-city section of endless alley ways and dead ends. There, building after building swallowed up the pavement with their long shadows and exhaust-stained walls, staring through broken windows.

“Get out of Virgil while you can,” the man said from the other side of the curtain, and something had changed in his voice. Before he had sounded old and senile, as if his words, on their way out of his mouth, were slipping on his saliva. Now his voice was clear and measured.

“Why should I get out of Virgil?”

“Trust me,” he said. Then he chuckled. Then he was silent.

I slid my walker along the smooth, hospital tiles towards the edge of the curtain.

“I don’t think we’ve officially met,” I said, pulling back the curtain, then freezing in place when I saw the man’s face.

Because there, lying in the bed, staring up at me…was me.

On most Fridays I post stories about Virgil, a made-up city with a host of strange inhabitants. If you’d like to check out the first story, click HERE.