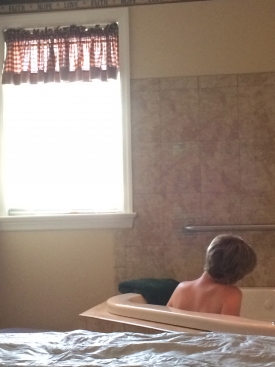 “I remember this,” she says. “I remember this point where you suddenly think, ‘I have decided I don’t actually want to do this anymore.'” She looks up at me with her big blue eyes. “I’m at that point.”

23 Replies to “On Goddesses, Midwives, and the Baby Without a Name”