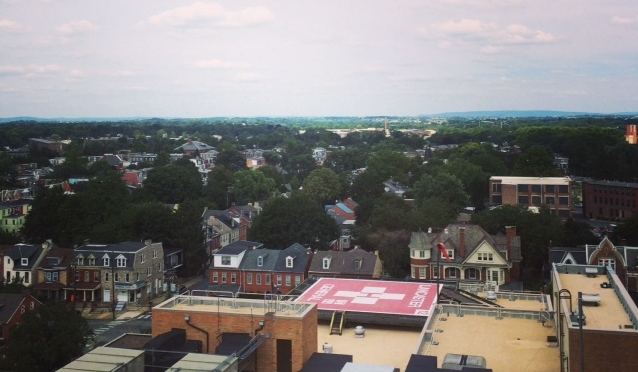 I woke up at 1am and I couldn’t stop shaking. Every muscle in my arms and legs, my back and neck, convulsed and shook. I was freezing cold. I pulled the comforter tighter around me and tried to warm up, but the shaking seemed to move deeper inside of me, and soon my breathing was coming fast and shallow.

I stood up out of bed and nearly collapsed. I mumbled something to Maile, something incoherent. What I meant to say was,

“I’m freezing cold. I’m going to go get in the shower.”

But I’m not sure what I actually said. I stumbled out of the room and down the hall. The shakes made the stairs difficult. I depended on the bannister. I turned on the hot water in the downstairs shower and stood in the steam, then undressed and got in. I still couldn’t stop shaking. My breath dried out my mouth, and soon I was gasping for each gulp of air.

I can’t keep this up, I thought. In five minutes I might not be conscious.

I pulled the shower curtain back and shouted.

I sat down in the shower because my legs were giving out. In all the shaking I banged my head against the tile wile. I wondered if she would be able to hear me above the fans and the air conditioner.

I felt myself nearly pass out. I gathered myself and shouted for Maile as loud as I could. I heard her footsteps come out of the bed, down the hall, down the steps. The bathroom door opened.

“Mai,” I said, between the gasps and the shaking that made my voice waver. “You have to call 911.”

That’s how I found myself in an ambulance on the way to Lancaster General Hospital. When I arrived they stuck me with two IVs, one with icy cold fluid I could feel oozing up my arm. My temperature was over 103. My heart rate clipped along at 140. My blood pressure didn’t even have two numbers. It was 41. They packed ice around my body to bring down my temperature.

Cat scan. Chest x-ray. Antibiotics. By 6am they wheeled me up to a room on the 8th floor of the hospital. I slept on and off, my IV machine beeping, nurses coming in every thirty minutes to check my temperature, my blood pressure, my heart rate.

By the time the morning came, I felt weak but calm. Outside my window I watched the life flight helicopter come and go a few times a day, landing on a section of the hospital roof a few floors behind me. In and out. Life and death.

My room was divided by a curtain, and on the other side was a man in his 80s. He had fallen at his house, and they weren’t sure why, so he was under observation.

“The doctor says I can go home this afternoon,” his wavering voice said quietly to one of the nurses.

Silence. The nurse leaves. Then, a few minutes later, the old man’s voice ventures out in the now-empty room. I can’t see him. I can only hear him behind the curtain. I’m pretty sure he’s not talking to me.

“The doctor says I can go home this afternoon.”

The doctor spoke in matter-of-fact terms. No big deal. It is what it is.

“You have a six-inch section of your small intestine that’s severely inflamed,” he explained. “And in the center of that section it’s almost completely closed. You need some rest and we’re going to try to bring the swelling down. Liquids only, for now, and we’re going to keep you in here until you can eat some solids.”

Three days later, I walked out of the hospital. We live two blocks away. The sun was warm but the day felt cool for July, and as I walked out of that place, no longer tethered to my IV cart, I was very aware of each free step, each breath. I stopped at a bench along James Street and just sat there for a moment. The world felt like it had slowed down.

Leaves scuttled across the sidewalk. Cars spun by. I wanted to stop each person in the street and remind them that they are here, in the world. They are walking around. The sun is shining, for goodness’ sake.

I got home and no one was there so I sat on the front porch and watched the traffic go by. I was reminded again, in a way I hadn’t been since my trip to Istanbul 18 months ago, that all of this busy-ness we create is a mirage that cloaks reality. We spin our webs and the storms blow them down and we spin again, ceaselessly rubbing our hands together, never stopping to look. Never stopping to live.

So I sat there and I waited for my family and the day passed and that night I held ten-day-old Leo on my chest, his eyes heavy, each blink taking longer than the one before. His breathing came in short, jerky spurts, then slowed into an even rhythm as his dreams melted into night.

8 Replies to “My Middle-of-the-Night Ambulance Ride (or, This is Life)”