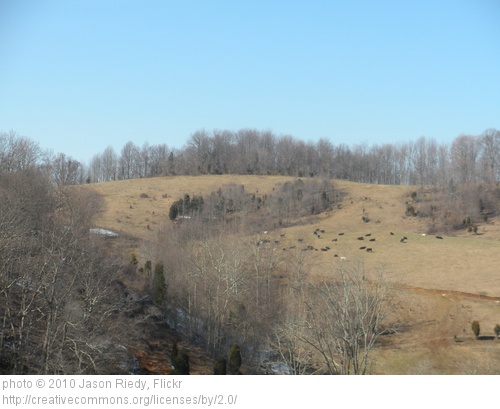 As I write this we’re driving south on Route 81 through a very stark Virginia. A few tenacious leaves cling to the trees lining the highway – other than that it’s just brittle, brown grass and small herds of large, black cows scattered like lost notes.

Maile is driving the minivan. When we first met, nearly 17 years ago, neither one of us preferred driving. Being the passenger meant reading or searching the radio for something decent to listen to. Or sleeping. Yes, the heavenly kind of sleep that comes when the car is humming over the road, the sun shining in your face, and mile after lonely mile slips behind you.

But these days being in the passenger seat more closely resembles the life of a flight attendant. Serving food and water. Being in charge of entertainment. Calming the masses. Which means that in between each of these typed sentences I’m handing out oranges and rationing water and shouting, “Don’t drink so much – you’ll have to pee!”

Starting this long road trip south has me thinking about the upcoming year. The older I get, the more each year feels like a road trip, a journey, an adventure with a very uncertain ending. It has me thinking back over previous Decembers, the endings of those other journeys.

Three years ago we entered December without any significant income lined up. Then a potential client, a longshot, sent me a down payment of $1,000. We paid some overdue bills, bought groceries and a few gifts, and marveled at the timing.

Two years ago we entered December in the same situation. I met with a client I had never met before, hoping that it might lead to a project at some point in the future but holding out little hope that it would meet our immediate needs. I left their house with a check for $5,000, and I just couldn’t stop sighing with relief.

Last year we were at the tail-end of the worst six months we had seen (financially speaking). I was working part time at a farmer’s market, driving Amish people around (this is a job in Lancaster, PA), and doing a little social media work for our church. We had to decide which bills to pay and which to sit on. Christmas was a tightly budgeted affair. The Dollar General was a good friend.

Then, just before the new year, projects started raining in. More work than I had ever seen. And it’s continued through this year, through next year, through the foreseeable future.

And it has me wondering…maybe that command, “Do not be afraid,” had just as much to do with what was coming down the road as it did with that present moment. What I mean is, maybe the angel said “Don’t Be Afraid,” not because of the fear Mary felt at seeing the angel, but because of the courage required in the coming days, months, and years.

In other words, when God says, “Don’t be afraid,” maybe God means, “Put on your courage. You’re going to need it, and not just right now when you’re scared to death because you can’t bear this unveiled glimpse into eternity. Put on your courage for what’s coming, for the raw experience of life, for the journey I’m about to lead you on.”

If the Bible is any kind of a blueprint, when God tells you, “Don’t be afraid,” an incredible transformation is about to take place. The road is about to get bumpy. Hold on.

We’ve had our share of difficult Decembers. We’ve approached plenty of New Year’s wondering how in the world everything would work out.

But constantly, through all of these changes and challenges and seasons of scarcity, we’ve heard a steady voice.

“Don’t be afraid to hope for good things.”

2 Replies to “On Road Trips, Disappointing Decembers, and Not Being Afraid”