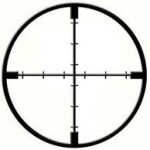 Anyone out there read “Lone Survivor”? It’s a book about 4 Navy SEALs that get dropped into Afghanistan to take out a Taliban leader.  At one point they cross paths with some shepherds and have to decide if they’re going to kill them in cold blood, or let them go and take a huge risk.  They let them go.  The shepherds go back and tell their Taliban buddies, and all hell breaks loose.

Three of the SEALs die in the ensuing firefight. One gets taken in by a villager and lives to tell the tale.  But here’s the part of the story that’s been sticking in my head this week:

At the end of it all, the armed forces send SEALs back in to recover the bodies of their fallen comrades. Even though the fight took place over a 7-mile stretch of mountains, they search until they find them, and they bring them home.  They couldn’t take the risk of deserting a living soldier, but even if they knew they were dead, they’d still go back.

This made me reflect on life: what do we do to people who make mistakes in life that lead to emotional or relational injury? What do we do to our friends or fellow human beings that screw up? Are we determined to go out there and find them and bring them home, dead or alive?  Do we treat them with grace?  Or do we say things like:

“Sometimes you have to pay for the decisions you make.”

“You reap what you sow.”

Or even worse, do we look through the scope of our sniper rifle from our position of safety, pick them out where they’ve fallen in enemy territory, and shoot them in the head ourselves with slander and gossip?

I can think of some people that I helped rescue from behind enemy lines, and it was awesome.  I can also think of some folks I left for dead – it’s a shameful feeling.

Brett Harrison referred to this idea on his blog a week or so ago (I think), but I couldn’t find the post.  Check out his blog HERE.