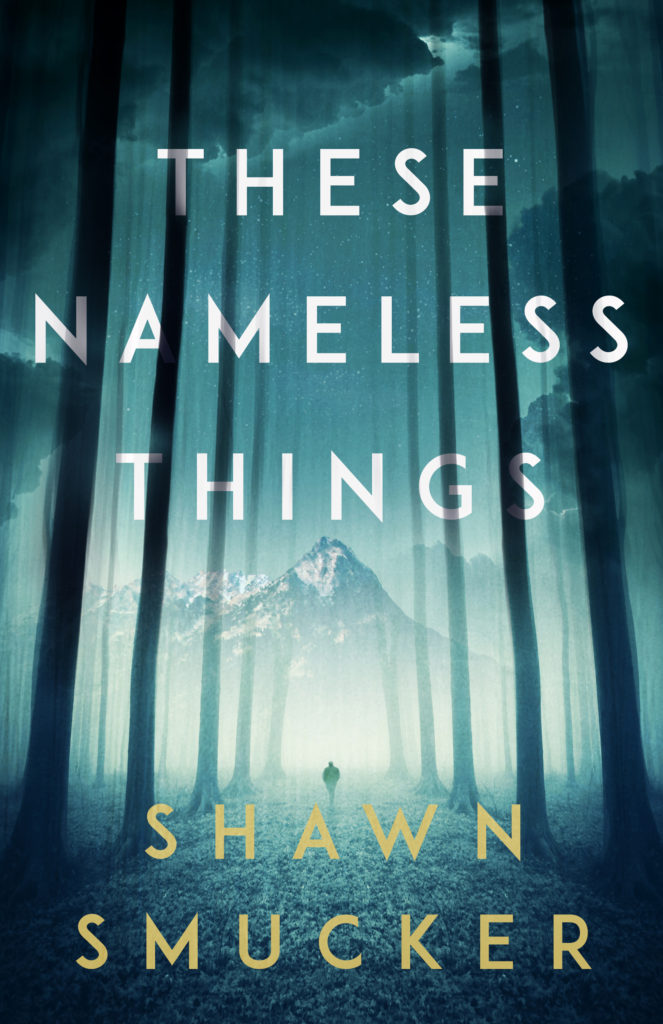 Before Dan opened his door to find a wounded woman who had escaped from the tormentors in the mountain, his life had become rather quiet. He and the eight other people in the mostly abandoned town had become friends. They spent peaceful evenings around the campfire and even made vague plans to journey east one day and leave the ominous mountain behind.

But the woman’s arrival changes everything.
Who is she? How does she know so much about Dan’s brother, who is still held captive in the mountain? Why are long-forgotten memories rising to the surface? And why does Dan feel so compelled to keep her presence in his house a secret?

Visionary writer Shawn Smucker is back with an unsettling story that invites us to consider two challenging questions: To what lengths will we go to assuage our own guilt? and Is there a limit to the things we will do for the people we love?

To find out more or buy a copy go to:

“In the tradition of C. S. Lewis, George MacDonald, and Neil Gaiman, yet with a style all his own, Shawn Smucker has invited us yet again into a magical story. Powerful, startling, and with a good dollop of heart, These Nameless Things will stick with readers long after they’ve read the final page. This book is a wonder.”

Susie Finkbeiner, author of Stories That Bind Us and All Manner of Things

“Shawn Smucker owes me compensation for time lost—lost in his page-turner of a novel, These Nameless Things. I found it ultimately to be a survival story—how we survive the evils we have both committed and omitted on our terrible and beautiful journey home. The trip requires (spoiler alert) memory and forgiveness, and Smucker proves a worthy guide.”

“These Nameless Things is an imaginative, dark, morally complex (and therefore realistic) exploration of the distorting effects of sin, guilt, hatred, and revenge on the human spirit. It seems to suggest that to a significant degree, people choose the confusion and darkness that can make their lives a hell, and that with help they can also choose to walk away from it (literally in this novel). With a setting seemingly just outside Dante’s hell, Smucker’s novel is something of a blending of the Divine Comedy and The Pilgrim’s Progress, indebted to both but carving out its own path.”

“Reading Smucker’s These Nameless Things is like reading McCarthy’s The Road while watching a performance of Waiting for Godot and listening to The Swell Season. It’s beauty and melancholy and hope and weight woven together. Not to be missed.”

“Shawn Smucker has written visionary youth fantasy stories, a dramatic novel about death, and a poignant memoir about caring for a refugee. Somehow it all comes together in These Nameless Things, an intense and mysterious novel that has shades of everything from Dante to Lost to The Pilgrim’s Progress. These Nameless Things is an oddly redemptive story that I will never, ever forget.”

“A poetic, heartfelt meditation on guilt, grief, grace, and forgiveness, reminiscent of both Dante’s Inferno and Lost.”

Anne Bogel, creator of Modern Mrs Darcy and the What Should I Read Next? podcast