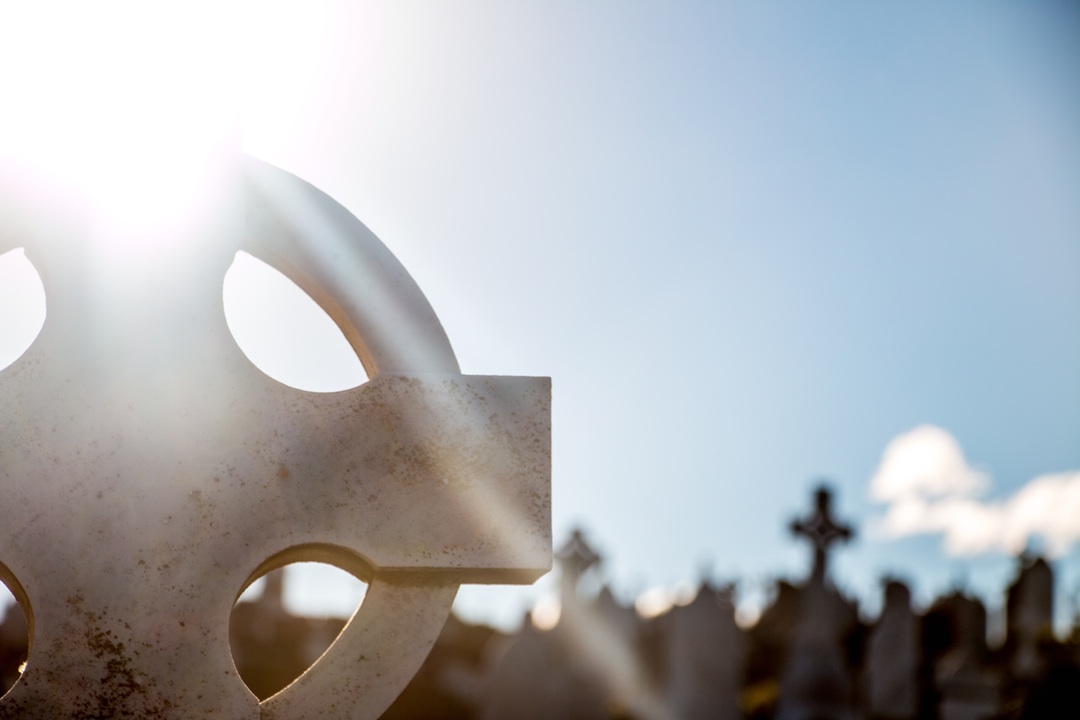 My friend leaned across the table with heavy emotion on his face.

“This is it. This is it,” he said passionately. “I’m no longer afraid of dying, and that has changed everything.”

I’ve been avoiding the writing of this post because the whole thing makes me terribly uncomfortable. I don’t want to appear critical of those who have recently lost loved ones, and so I hope you can all read this and give me your grace and kindness. I’m trying to be graceful and kind in the writing. But I also feel it’s something very important for us to think about, so I can’t avoid writing this post any longer.

Here it is: recently, I’ve noticed a trend in the way that many Christians talk about someone who has died. Actually, that’s the thing I want to talk about – we rarely use the word ‘died’ or ‘dead’ anymore, as if those are words to be strictly avoided at all costs. As if there’s something disgraceful or improper or derogatory about saying that someone has died. We say they have moved on, that they’ve been healed, that they’ve said good-bye to their earthly body, and we perform all sorts of other verbal gymnastics to avoid saying what we’re actually saying.

This is not a healthy trend.

I wonder at this omission of the word ‘died.’ I wonder about why we don’t want to talk about death and dying? I wonder what happens when we continue to move further and further in the direction of the denial of death? We are, after all, a culture very much built on this denial.

“The human ego prefers anything, just about anything, to falling, or changing, or dying. The ego is that part of you that loves the status quo – even when it’s not working. It attaches to past and present and fears the future.”    Richard Rohr

It all reminds me very much of Harry Potter and how no one wanted to say the name of their greatest enemy, Lord Voldemort. They refer to him as “He Who Must Not Be Named.” Or in Narnia (if you prefer CS Lewis’ brand of witchcraft to that of JK Rowling), the animals whisper the name of the White Witch, not wanting to speak it aloud. Of course, refusing to name something doesn’t eliminate it; in fact, in some ways, it gives it even more power, injects it with more terror, causes us to be even more afraid of it.

What also happens when we try to avoid the word death is that we take away the freedom to express the heavy emotions of sadness or loss that go along with that word. When someone talks about  a person who has “moved on” and intentionally avoids using the word death or died, I don’t feel free to mourn properly. I feel that they are trying to keep things positive and mourn-free, so I nod and smile, my lip trembling, instead of weeping as I would like.

8 Replies to “Can We Start Using the Word ‘Died’ Again?”