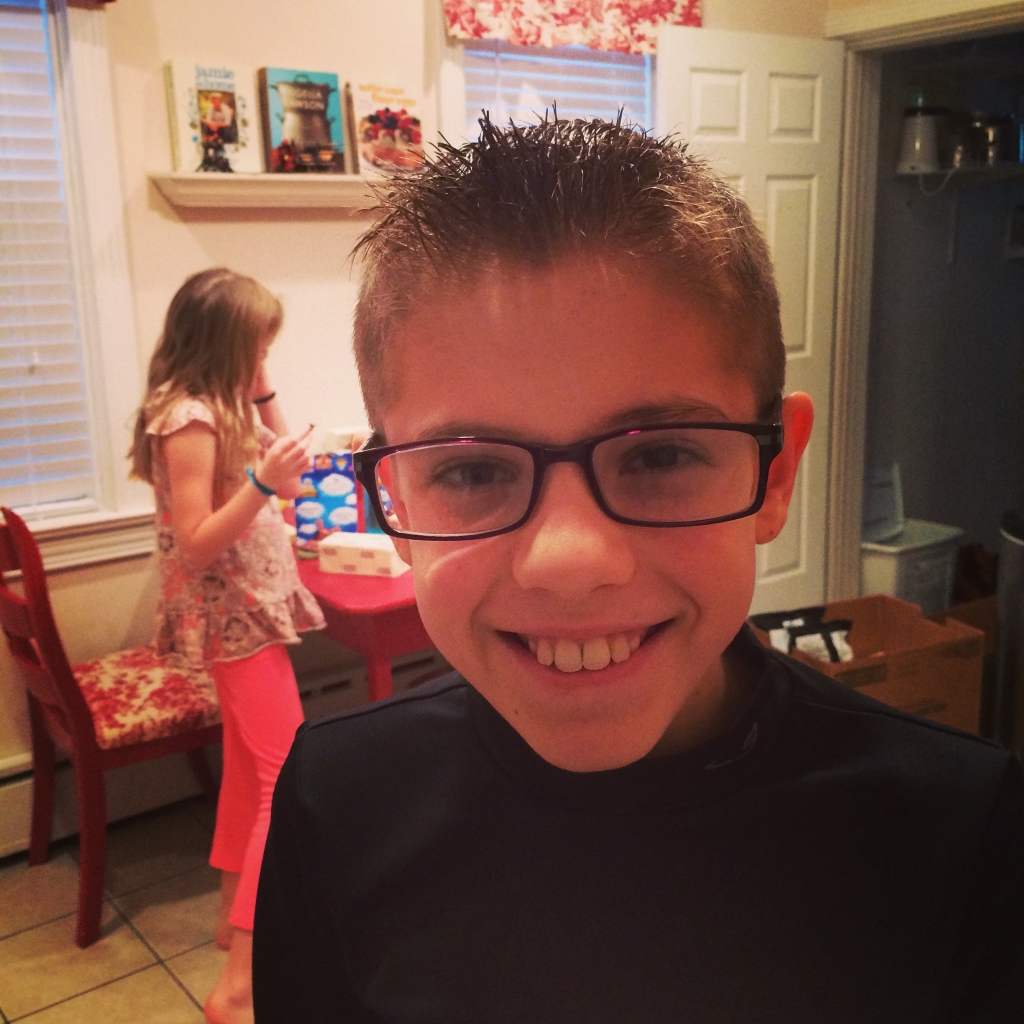 My oldest son and I drove through the city under a ceiling of low-lying clouds. We hit all the lights red. I know everyone says the days will get nothing but longer from here on out, but it’s hard to believe when you haven’t seen the sun for a few weeks. These flat, gray clouds can work their way inside. It was only 3:30 in the afternoon, but a few streetlights had already winked on.

I stopped the truck at the curb just outside the movie theater.

“Why don’t you run in and see if your friends are there?” I asked him, and he nodded the way he always does. He’s such an agreeable kid. Honestly. I have to be careful that I don’t take advantage of his easy-going nature, his willingness to do whatever is asked of him. He pushed the car door closed behind him, but it didn’t latch quite right.

It’s the end of December, that week between Christmas and New Year’s when everything seems to pause, when the days blur together, when the impending year sits there, waiting patiently. Sometimes the New Year feels inviting, and sometimes it feels inevitable. Do you know what I mean?

He was back in a flash, wielding a wide grin.

“They’re here! See ya!” he said in a voice that’s changing. I had recently thought his voice was scratchy because he had a cold or something, but I have come to believe it’s actually a result of being twelve, almost thirteen. The years will do that to you. These ever-passing years will change your very words.

And that was it. I had never done that before. He slammed the door, and this time it closed the entire way.

I didn’t expect the simple act of dropping my son off at the movies to be an emotional experience, but as I drove away I realized in a very tangible way that this little boy of mine, the one I watched come sliding into the world, the first person whose eyes I looked into and saw myself…this boy is growing up. He will fly beyond me soon. He will soar through his own worlds.

Heading into this new year, I feel more aware than ever of the steady, unstoppable passing of time. I turn 40 in 2016. The second half of my life is beginning.

I picked him up a few hours later. He emerged from a gaggle of boys, grinning. Years can slip away in a grin like that. Do you know what I mean? Have you seen it? I saw him in that moment not only as the age he is, but also as all the ages he’s ever been: a newborn, eyes shut tight; two years old and tightrope-walking along the edge of the sofa; five and crying at school; on and on. A slight mist fell on the glass as we drove away.

The windshield wipers pushed aside the drops, just wiped them clean, as if they were all the years we’ve ever had.