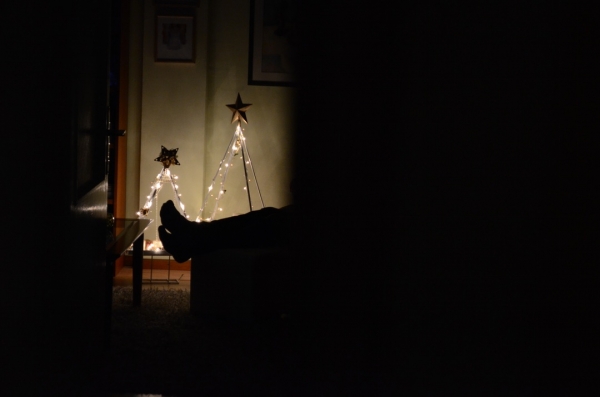 Let me start with the honest part, the part that’s difficult for me to admit: This has been a rough week for parenting in our house. I would use the word disastrous but you might think I am exaggerating. I went to bed the other night and couldn’t sleep because of a huge parenting fail. There may be a few angelic souls out there who ace this gig, but none of them live in this house, and they probably don’t live in yours either. We are, many of us, going to have children who end up in therapy. This is not to say that we are terrible people; this is just to say that this is the world. Besides, going to therapy is one of the best things anyone can do for themselves and the ones they love, so I guess a little nudge in that direction isn’t a terrible thing.

Anyway, after a particularly disastrous day, the elephant of worry sat down on my chest and kept me awake, watching the hours. Has that every happened to you? Have you ever stretched out in bed, so tired but unable to sleep because of that monstrous weight of anxiety? Breathe in, breathe out.

Then, a realization. While I had long thought the sleepless nights and blown-out diapers were the worst that parenting had to throw at me, I saw with clarity that the most difficult part of raising these five kids is now approaching. Puberty, emotional development, leading a still-small human being into their interests and calling. What have I gotten myself into? What have I gotten these poor, five little humans into?

I think the thing about realizing that I will fail my kids, and experiencing one of these major failures, is that I now have such a deep humility and empathy towards other parents. My judgy-ness has fallen away like an old skin. I confess to having harbored scathing opinions towards parents, perhaps even you, who did not do things the way that I thought things should be done. Now? In the wake of these shadows?

I am so sorry for judging your parenting. We are all in this thing together, every single one of us, and we are all doing the absolute best we can with the tools we’ve been given. Some of us have been given crappier tools than others. Some have been handed an entire tool chest with 37 different sized screw drivers and 17 socket wrenches, while others, perhaps because of their own parents or perhaps because of the way this world has weighed on them, having nothing to use but a chisel. Or a measuring tape. Or a hammer.

Use your tools well, my friends, and use them creatively. I once used the prying end of hammer to turn the tiniest screw. I once used the handle of a screw driver to (kind of) bang in a nail. If your tool set is limited, consider fresh uses. Maybe kinder ones?

I know this is 1am talking. I know I am overjoyed to have five children. I know in the morning, these voices will have evaporated with the slanted lines of light drifting through the blinds.

I fell asleep at some point during this non-hour and, bless the Lord, dreamed of nothing.

16-month-old Leo woke up during the cloudy hours, those hours from three to five when sleep and waking blend into one. I followed the sounds of his crying, went and stood beside his crib. He was standing against the rail, cheeks wet with tears, so I bent down and put my arm around his little body. He stuck his head up into the crook of my neck, and we passed the time like that in the silence of a whirring fan, clinging to each other, letting each other know it would be okay. The night would end. Sleep would come. We promised each other those things were true. I kept kissing the sweet smell of his hair.

In my mind, I apologized to him in advance for all the various and inevitable ways I will screw him up and let him down, and his little arm came up around my neck at that very moment as if to say,

It’s okay, Dad. We all screw up. I forgive you in advance. Everyone is doing the best with what they got.

And then, just like that, he laid back down in his crib. I covered him with a warm blanket and went back to bed.

I hope this post is like Leo’s little arm around your neck. I hope you will accept it for what it is: an invitation to generously dole out and receive forgiveness for misdeeds past, present, and future. Or maybe it’s a little warmth on a cold night, a little assurance that you are doing enough. That you are enough.

Your Friend in This Mess Called Parenting
Shawn

8 Replies to “To My Fellow Parents Who, At Least Once or Twice, Have Failed At This Parenting Gig”