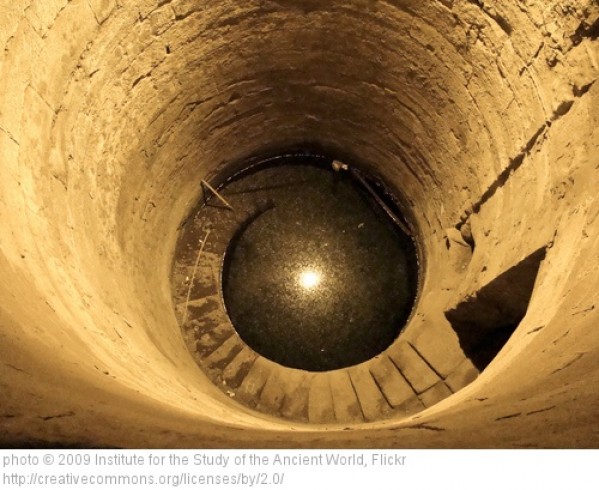 I cringed, hoping he wouldn’t see me. I stared intently at my newspaper, not even looking up while I took a bite of my large cheesesteak with extra cheese, sauce, peppers and hold the onions please. I read that paper so hard that I wasn’t even reading it – I was boring holes into it with my newly acquired super powers.

“He” was a man I had run into before in that farmer’s market, the kind of guy who locked on to you like a heat-seeking missile and, once engaged wouldn’t stop talking. A very large man, his walk was more like a waddle. His thick glasses magnified his sad and awkward eyes. The last time I made eye contact with him, a few weeks before, he talked to me for nearly fifteen minutes about who-knows-what.

So I stared at my newspaper, and I prayed he wouldn’t see me.

Later that night, I was trying to leave the same market when an older Amish man started asking me questions about my mom’s store. Turns out he runs the same kind of store in a different farmers’ market.

“Ha!” he laughed. “I charge one cent more for this. Can you believe it? CAN YOU BELIEVE IT?”

He stuttered when he talked and his bottom lip caved into his mouth so that I wondered if perhaps he had forgotten to put in his bottom row of false teeth. He dressed very sloppy, for an Amish man, and was also very talkative. I was not in the mood for talking.

So I tried to ignore him or shoe him away and finally, to my relief, he turned to go.

“Wait,” he said. “Can I try one of those?” He pointed to one of the chocolates in the case. “I don’t have one of those in my store.”

“Look, I really should be going,” I said.

“Oh, of course!” he blurted in a cheerful tone. “Of course, of course.”

I am beginning to realize that I am annoyed by all the wrong people. That is, if I’m going to attempt to live with Jesus as my model. Talkative down-and-outers routinely put me off, drive me away, and set me to biting my nails in a how-can-I-extricate-myself-from-this-conversation kind of way. I have far too little patience for people who do not impress me.

This is embarrassing to even write.

Jesus, however, was all about these people. He called Zacchaeus down from the tree and invited himself to Zacchaeus’s house for a meal. He not only spoke to these people – he spent entire afternoons with them! Voluntarily!

He cozied up for a conversation with the outcast (and rather talkative) woman at the well. He berated his disciples and told them to “let all of those annoying little children come to me” (or something like that). He never seemed to be exasperated with the down-and-outers, the outsiders – not even the notorious sinners. He treated them with dignity and respect and love.

Instead, Jesus saves his greatest outbursts of annoyance for those who appeared to have it all together. The ones who, by word and deed, kept the outsiders from coming to him. The ones who made up impossible rules to follow and then made everyone feel lousy about themselves when they didn’t live up to the legalism. The successful people. The esteemed.

When will I get it through my thick skull that the awkwardly lonely, the one hiding her hurt, and the one that everyone else avoids or laughs at is, in fact, the one that I should respect? Make time for? Assign value to?

When will I finally realize that these people are Jesus in disguise?