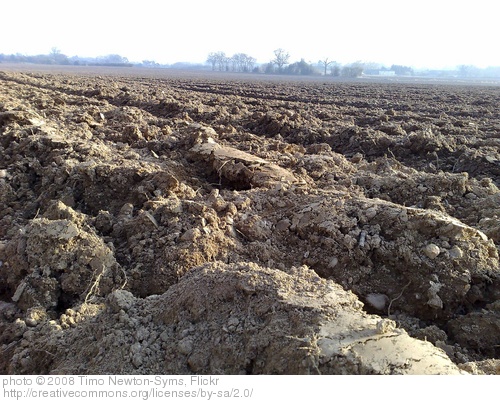 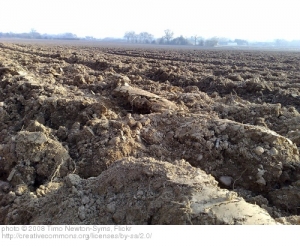 The three-year-old boy stumbled through the field behind the horse-drawn equipment. His father drove the plow, turning up the dirt, staring straight ahead at the back of the horses as if the future of the planet depended on him never looking away. Sometimes the young boy tripped and fell in the deep, fresh furrows, muddying his hands and the knees of his tiny trousers. Sometimes his bare foot stuck in the deep gaps, but after pulling it free he stumble-ran to catch up.

His father never looked back. All the boy wanted to do was help, to be with this great masculine presence in his life, but all the father did was keep plowing. The boy followed him all day. His father never once said a word to him, never once shared his lunch, never once lifted him and, pointing off into the distance, told him stories about the forests and the fields and the place where the land and sky collided.

He just kept plowing. And the boy kept walking along behind him.

When the boy grew up and became a father, he didn’t know any different. He passed the same thing on to his own children like some kind of inheritance. As if it were a worthy tradition that merited handing down.

The father who used to be the boy walking behind his own father’s plow had a son, but no matter what the son tried to do, he could not connect with his father.

When that boy grew older, (his father was the boy who used to follow the plow, his grandfather the man who used to drive it), he had children of his own. One of his sons craved his attention more than any other. Every time he went outside, this young son wanted to trail along behind him. Every time he stepped out back, this young son scrambled to find his shoes and coat so that he could go along.

One day, this man needed to go out to the garage to get something. It would only take him a moment.

“Please, daddy? I wanna come out with you!”

“I’m just going into the garage!” the man said, raising his voice. “It will literally take one second! Just wait here.”

Then, the man’s wife called to from the kitchen. The words she said spanned three generations and withered a worthless inheritance.

The father stopped. He waited for the boy to put on his shoes, then helped him slip into his jacket. He held the small boy’s hand. They walked into the garage together.

Fathers, remember your boys. They’re right there behind you, following your plow.