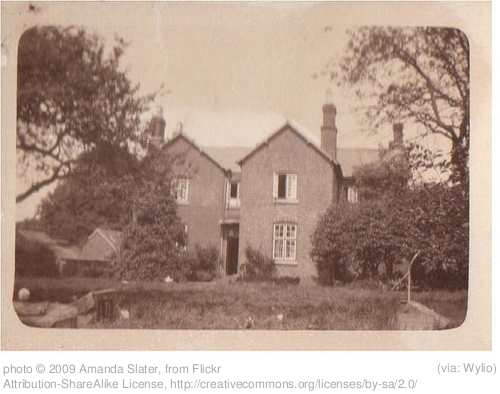 Twists and turns of a storyline that determined my existence reached a hectic pace at the end of 1898. First, on November 17th, my great-great grandfather Amos King married Katie Stoltzfus, daughter of Jonas Stoltzfus and Catherine Mast. Two months later my great-great-grandmother Catherine Stoltzfus’s first husband, Samuel Lapp, died while while undergoing an operation on a kitchen table, the victim of appendicitis.

The strange thing is that Amos and his new bride Katie probably would have been at Samuel’s funeral – it’s entirely possible that Katie would have dashed to Catherine’s house when she received word of his illness and impending surgery. You see, Katie and Catherine were first cousins.

I imagine Amos and Katie standing by Samuel Lapp’s graveside, watching the casket lowering slowly into the grave, occasionally looking over at Catherine and her three young children. If they were anything like me and my wife, they would have gone home from that funeral and held each other a little tighter, spoke of how they could not go one without each other. We often say things like that: “I couldn’t do it without you.”

But every day there are many people who are forced to go on without the one they thought they couldn’t go on without.

Katie was the 9th of 10 children in her family. In her first four years of marriage to Amos she had two children: Lizzie and Jonas S. Then, in 1902, she got sick.

I wonder how it began.  Perhaps she woke one morning to a feeling of achiness and fatigue.  She would have had a sore throat and a low-grade fever.  By all accounts Amos was a gentle, kind man, slight of stature with thick, bushy black eyebrows and dark, wiry hair.  Maybe he sent her back to bed those first few days.  I can imagine her arguing with him; after all, Christmas was approaching, and preparations were needed to make the holiday special for their two young children.

But after a few days of not eating she felt weak and ended up bed-ridden.  Logically they would have called for the doctor who, upon further examination (and if the family stories are correct), would have noticed the greenish-grey membrane covering her tonsils.  Or, if bleeding had already begun to occur, the back of her throat would have appeared black.  As diphtheria settled in, she developed a barking cough and her neck could have swelled up as wide as her head.

In the early 1900s no cure or successful treatment for diphtheria existed: there were 100,000 to 200,000 cases each year, resulting in 13,000 to 15,000 deaths. Diphtheria was not a pleasant way to die: an obstructed airway made breathing difficult and coughing was painful.  She probably spent Christmas Day in a coma.  I can imagine Amos splitting his time between his two children, Lizzie and Jonas, and the rest of the family, then going into sit beside Katie’s bed, praying.  But the toxin spread throughout her body, and she died on December 26, 1902.  The day after Christmas.

Amos was 28 years old, a widower, with two young children.

Who knows how Amos King, whose wife Katie died in 1902, and Catherine Stoltzfus Lapp, whose husband died in 1898 of a failed appendectomy, ended up together?  What set of circumstances brought this widower and widow, along with their five children, together?